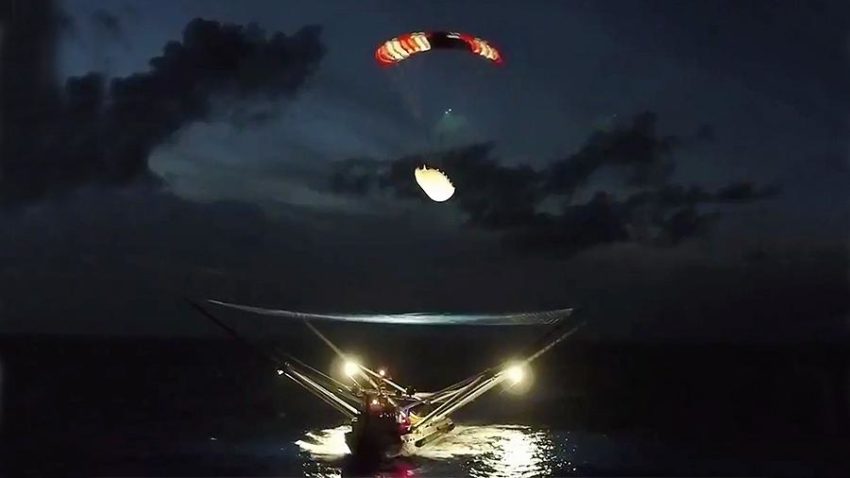 The rescue ship Ms.Tree didn’t managed to catch the flaps of the head fairing of the Falcon 9 rocket after surface launch on Tuesday, Interfax reports with reference to SpaceX.

It was previously reported that the Falcon 9 heavy launch vehicle successfully launched a batch of 60 mini-satellites into orbit. They are designed to continue the deployment of Starlink’s global Internet coverage network.

SpaceX planned to use at least one of the two fairing flaps, which descended by parachutes after the separation of the rocket, with the help of the special vessel Ms.Tree. Parts of the fairing were planned to be used for the next launches.

In December 2019, the company’s rescue vessels – Ms. Tree and Ms. Chief – also did not have time to arrive on time at the point of splashdown of the flap fairing of the Falcon 9 rocket, which put the Japanese-Singaporean satellite into orbit. The reason for the failure was a strong unrest at sea, as a result of which the ship Ms. Chief sustained damage. It is currently under repair.

The first reusable stage of the Falcon 9 rocket has already made a successful guided landing on the Of Course I Still Love You floating platform off the coast of South Carolina in the Atlantic.