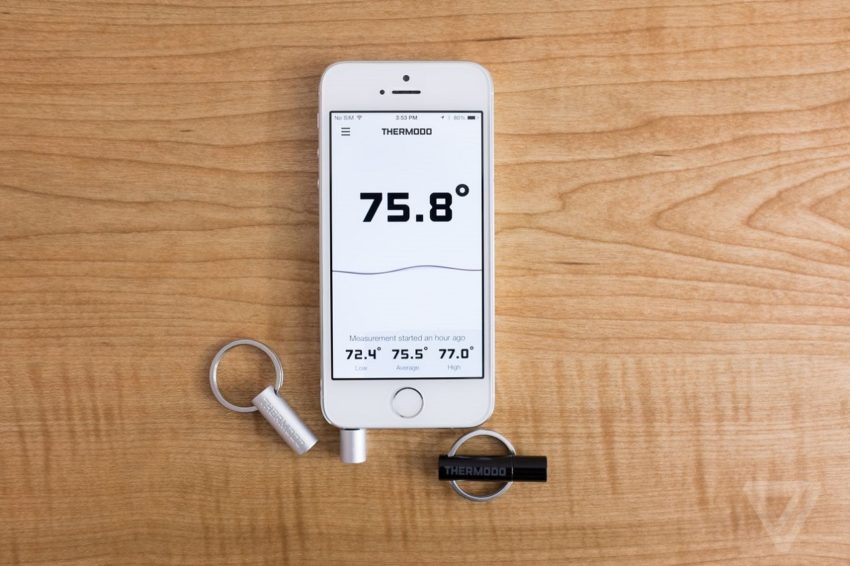 Some problems may arise here. Smartphones with temperature sensors that measure the ambient temperature exist. An example is the Galaxy Note 3 and Galaxy S4. However, what do you think, why modern Galaxy devices do not have this feature?

The fact is that smartphones are often heated during use, this leads to the problem of placing the sensor. Where to install the temperature sensor? You can try to place it on the end of the phone, but the end, as a rule, is made of metal and acts as a radiator, removing heat from the chipset and spreading it evenly throughout the case. S4 and Note 3 were made of plastic, so there the problem was not so obvious.

There are no other options for positioning the temperature sensor. Samsung recommends the owners of S4 and Note 3 to use a temperature sensor only if the phone has been at rest for a long time and its case is quite cold. Otherwise, the performance of such a sensor may be unsatisfactory.

The ambiguous operation of the sensor in the Galaxy Note 3 led to the fact that some users claim that the sensor accurately shows the ambient temperature, while others, on the contrary, consider it inaccurate. And precisely because of these problems with many conditions that affect the operation of the sensor, Samsung decided to get rid of it in new generations of devices.

However, there is a way out of the situation. Companies using real-time calculations can determine the difference between the temperature of the processor and the temperature that the sensor emits on the device’s body. With the help of tricky calculations, you can get fairly accurate indicators of the ambient temperature.

You can find apps that measure air temperature on Google Play , but you should definitely not trust them. The main objective of such applications is advertising inserts in order to earn money on users.

What other sensors can smartphones offer?

In Galaxy Note 3, in addition to a temperature sensor, an atmospheric pressure sensor (barometer) and humidity were also built. Why smartphone barometer? Measuring atmospheric pressure is useful for older people, on whom it has a strong effect. In addition, the barometer will help fishermen predict the behavior of fish. Humidity sensor is also very important, at low temperature and high humidity, the cold in the street will feel stronger, and at high temperature and high humidity in the street people will feel stuffy.

Thus, humidity and pressure sensors, along with a temperature sensor, can seriously improve people’s quality of life.

How the temperature sensor works?

Typically, a thermistor is used to measure temperature. This is a semiconductor resistor that has a relationship between air temperature and resistance. With increasing temperature, the electronic resistance becomes smaller and vice versa. Thermistors are able to accurately determine the temperature up to 100 degrees.

What conclusion can be drawn from all the material? Smartphones are really capable of measuring temperature. But they mainly measure the temperature of the processor and battery. In the case of ambient air, manufacturers need to find a way to accurately calculate the temperature, compensating for the heating of the case from the processor.

It is interesting to know the opinion of our readers. Do you need a temperature sensor in your smartphone? And why would it be useful for application developers, in your opinion?