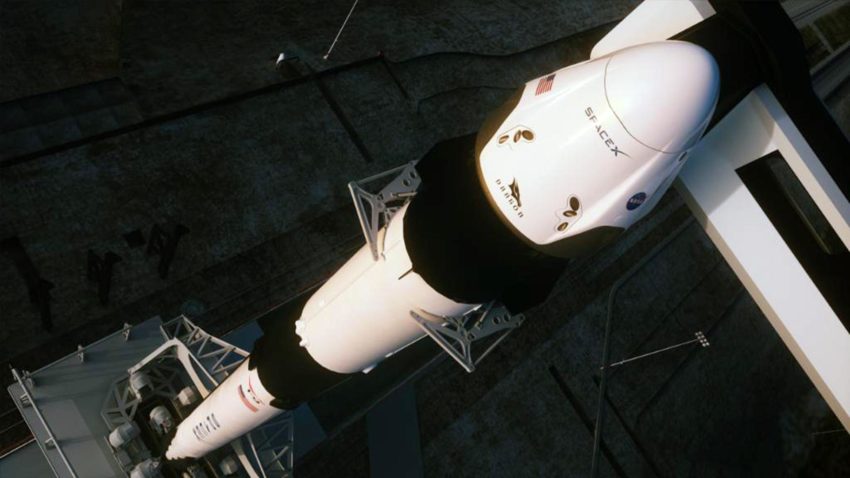 On Sunday, January 19, a test of the rescue system of the Crew Dragon manned spacecraft will take place. The test was originally scheduled for the previous day, but was postponed due to bad weather. If successful, SpaceX specialists will begin to prepare for the first manned launch for the International Space Station by a private company. Izvestia explains why this mission became so important for the United States, and how a private company managed to overtake Boeing.

For more than eight years, since July 2011, there are only two countries in the world that can carry out manned space launches. These are Russia and China. All this time, the United States has been forced to use the help of our country to deliver astronauts to the International Space Station. Nevertheless, NASA worked to restart manned spacecraft flights, but the process was much longer than it seemed at first.

In 2014, a program was launched to develop private manned spacecraft for the delivery of astronauts to the International Space Station. Its finalists were SpaceX and Boeing, who arranged a tacit competition among themselves who will be the first to implement the project. The timing of the first manned launch was postponed several times.

The main reasons for the SpaceX company to slow down the development were the explosion at the launch pad in September 2016 and the accident during ground tests of the ship in April 2019. For Boeing, apparently, the main obstacle was problems within the company and a high level of bureaucratic development processes. All this led to the fact that the program is approaching its final only now.

SpaceX took a rather conservative approach in developing a manned spacecraft. She used Falcon 9 rockets, which had already been tried and tested many times, with a large plaque. The manned spaceship Dragon V2, also known as Crew Dragon, was created on the basis of the tried and tested Dragon transport, which regularly performs cargo flights to the ISS.

At the same time, Boeing Corporation for some reason decided that it would manage to cope with the creation of a completely new transport system from the Starliner ship, which does not have a drone in the unmanned version, and an improved version of the Atlas-V N22 rocket. The program apparently lagged behind the pace of SpaceX, despite the partially successful launch in December 2019. After the spacecraft entered the planned suborbital trajectory with an apogee of 181.5 kilometers and a perigee of 72.8 kilometers, an unforeseen situation occurred.

As a result of a software error, the on-board computer began the maneuver of putting the ship into orbit and used up too much fuel. After that, there was no longer any opportunity to make maneuvers of docking with the ISS, and therefore the mission had to be interrupted long before its completion by landing a spaceship at the White Sands training ground in the state of New Mexico. An investigation is underway into the causes of the failure, which will decide what to do next. It is possible that in the first half of 2020 will have to make another unmanned launch, and only after success, proceed with the preparation of the manned.

Already now we can say that SpaceX has overtaken a huge corporation and, quite possibly, will try to bargain for itself the most interesting and convenient contracts. SpaceX left the last test and preparations for a manned launch, and Boeing needs to complete the investigation of the “partially successful” launch and make another one as fast as possible, this time completely successful. Given the problems that have fallen on the corporation, now the speed is not so important. It is much more important not to make a single mistake. More than such a “partially successful” launch, NASA will not stand up and will probably begin to talk about changes in the terms of the contract.

At the finish line

SpaceX now has one final hurdle – the flight interruption test. This is one of the standard tests that allows you to comprehensively test the emergency rescue system of the ship. Immediately after it, you can begin preparing the first launch of the Crew Dragon spacecraft with the crew.

To start, almost standard Crew Dragon is used, only without docking systems and some internal parts that are not involved in the process. Inside the ship will be two astronaut dummies. The sensors installed on them will determine the overloads tested during the operation of the emergency rescue system.

84 seconds after the start, when the Falcon 9 will fly at a speed of Mach 1.8, more than 18 kilometers above sea level, the emergency rescue system (CAC) should work. SuperDraco engines will turn on, the Crew Dragon ship will disconnect from the carrier and within 10 seconds will move to a safe distance.

The test will allow you to check how the ship’s systems cope in case of emergency. In particular, how SuperDraco engines will cope (this is exactly what caused the accident during ground tests of the ship in April 2019), how parachutes will work. By the way, unlike the “pulling” scheme, when the emergency rescue system is brought out (such is used in the “Unions” and “Apollos”), emergency engines are integrated into the ship itself on the upper part of the spacecraft, in Crew Dragon.

All eight engines will be switched on simultaneously for the fastest possible distance from the emergency launch vehicle. The updated non-pressurized compartment with flap system will remain connected to the capsule to stabilize flight. Then the parachute system will work, which brings the capsule of the spacecraft into the ocean, about 30 kilometers from the coast.

What will happen next

In case of successful completion of the test, SpaceX will no longer have any obstacles before performing a manned flight. According to preliminary agreements, in early May, NASA American astronauts Doug Hurley and Bob Benken will be able to go to the International Space Station.

Roscosmos’s monopoly on crew delivery to the ISS will then be violated – at least the number of NASA astronauts using the Russian Soyuz is likely to decline.

However, the work of Crew Dragon (if, of course, the ship does the test) will take the safety of astronauts working on the ISS to a whole new level . The fact is that in case of emergency at the station there will be an additional opportunity to organize a rescue operation or to ensure the evacuation of personnel as soon as possible. Therefore, from the point of view of the world astronautics, the successful tests of Crew Dragon will be an important step forward for the industry as a whole.