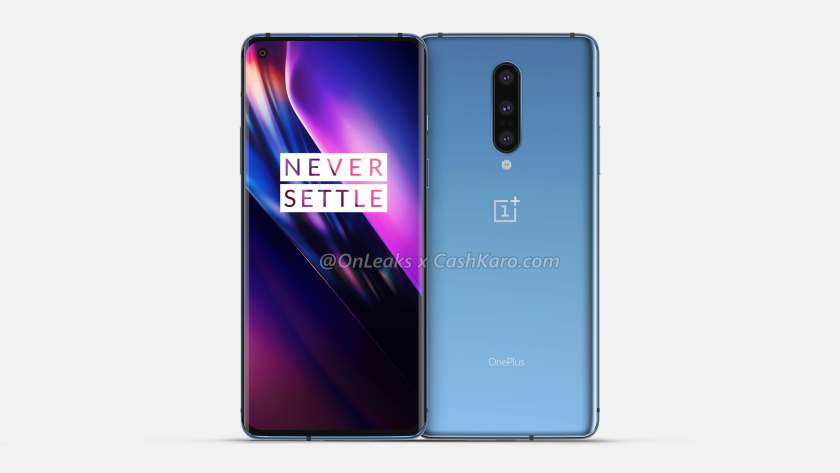 OnePlus has only recently unveiled the OnePlus 7T and is preparing for the announcement of the OnePlus 7T Pro, and quality images of the next model have already appeared on the network.

We are talking about OnePlus 8. Renders were published by the popular OnLeaks insider, so there is no need to worry about their authenticity. The novelty in the images is similar to the Pro version of the device. The smartphone has almost the same design: a case with a gradient color, a display with rounded edges and a triple vertically located camera.

The main external difference from current models is the cutout in the screen for the front camera. Yes, there will be no traveling mechanism in the next generation.

From the characteristics of the device we only know that it will be equipped with a 6.5-inch screen. It can also be said that the smartphone will receive a picture refresh rate of 90 Hz or higher and, most likely, the new Qualcomm Snapdragon 865 processor paired with 8/12 GB of RAM.

The smartphone should be announced in the spring of 2020.