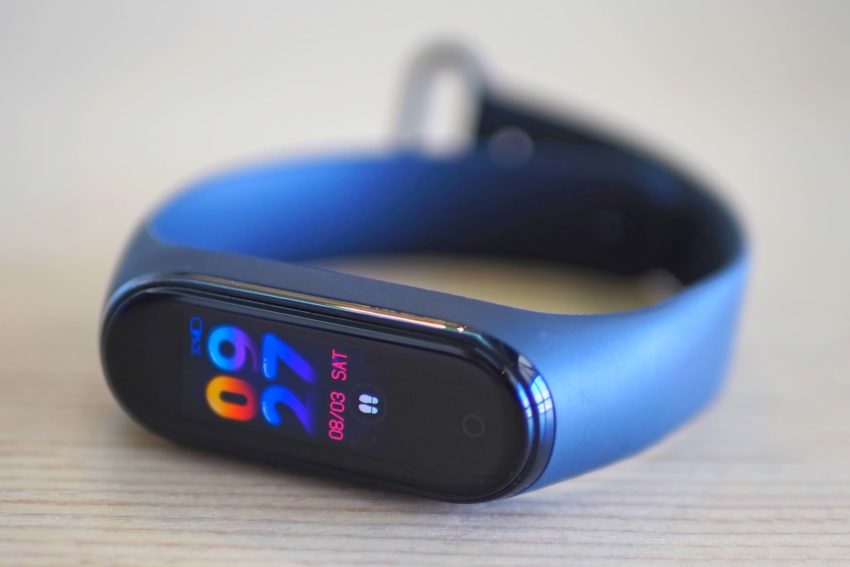 Demand for sports bracelets around the world is growing very, very fast, because over the past two years they have begun to be bought five times more often than before, and this is quite a fact that many large stores have already confirmed. The best model on the market today in terms of price and quality is Xiaomi Mi Band 4, which offers many features for a modest amount of money, but this fitness tracker also has one significant drawback, because of which it can not be called too attractive for residents of Russia, Europe, the USA and many other countries outside of China. Fortunately, the manufacturer of this wrist gadget realized its mistake and decided to fix it in the Xiaomi Mi Band 5 model, the release of which will happen in the middle of this 2020.

As everyone probably knows well, the Xiaomi Mi Band 4 fitness tracker has a touch-screen color screen, and it is covered with tempered glass. Due to the abundance of various sensors and sensors, this sports bracelet can monitor physical activity, monitor sleep quality, monitor heart rate around the clock, display notifications from the phone, start vibration when incoming calls, control music playback on a mobile device, and also a whole host of other actions, doing all this without unnecessary difficulties and limitations. All this this tracker offers is just 169 yuan, that is, for 1,550 rubles, how much this wrist gadget is priced in China, if we talk about the official stores of the manufacturer.

There is an advanced version of this tracker that has an NFC chip. This can be used to pay for purchases in stores and travel by public transport, which is very actively done by residents of China, but the tracker is tied to the Mi Pay payment system, and it works exclusively in Chinese territory. As a result, as a result, this wrist gadget can be fully used only in the territory of the Celestial Empire, while in other countries it does not work in any way, but everything will change in the Xiaomi Mi Band 5 model. As many reliable sources have already reported, this tracker will receive support from the Google Pay international payment system, which fully works in Russia, Europe, the USA, Ukraine, Australia and many other countries, whose residents will be able to use this wrist gadget to pay for any goods.

It’s quite obvious that it is the stripped-down NFC in terms of software capabilities that is the most important and main drawback of the Xiaomi Mi Band 4 bracelet, but the situation will change in the new model, which will be released in less than six months, because in this model this chip will turn out to be full , being able to assume a complete set of all the necessary functionalities related to paying for purchases in stores, travel in public transport and, in addition, entering various buildings, using Xiaomi Mi Band 5 as a digital pass . At the same time, which is extremely important, a new wrist gadget from a Chinese corporation will cost exactly the same amount, you don’t have to pay money for it, and this will definitely please all buyers, because the less such a bracelet costs, the more people will want to pay for him his money.