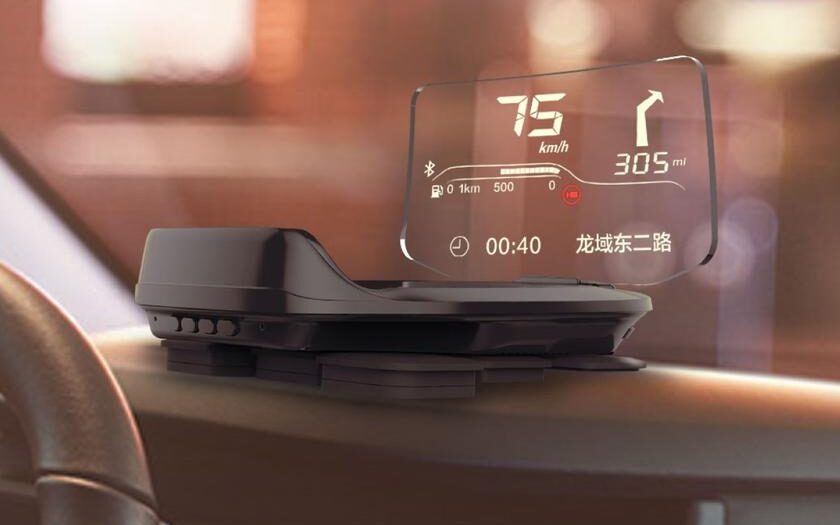 In September, Xiaomi announced the launch of a crowdfunding campaign for the Car Robot Smart HUD project on the Youpin portal. The novelty is a projection transparent display for installation in the vehicle interior. A similar system has long been not uncommon for expensive cars. Now, any vehicle where there is an OBD connector can be equipped with similar functionality.

A fact confirming the start of sales of Car Robot Smart HUD was the placement of the device on AliExpress. At the same time, the price tag was set at about $ 95. The price also includes the OBD connector, which is supplied. The gadget is controlled through an application in a paired smartphone.

In general terms, the functionality of the projector is as follows. On the Car Robot Smart HUD, the driver displays information about the vehicle speed, fuel consumption, indicators from the navigator and more. In addition, an intelligent system for adjusting the brightness of the screen is built into the gadget. That is, the displayed image adjusts to the current lighting for the convenience of the driver.

Regarding the case materials, it is polycarbonate in combination with shockproof ABS plastic. The device is resistant to ultraviolet radiation, high temperatures, and also does not deform with time and does not discolour. Rate his work in the video below: