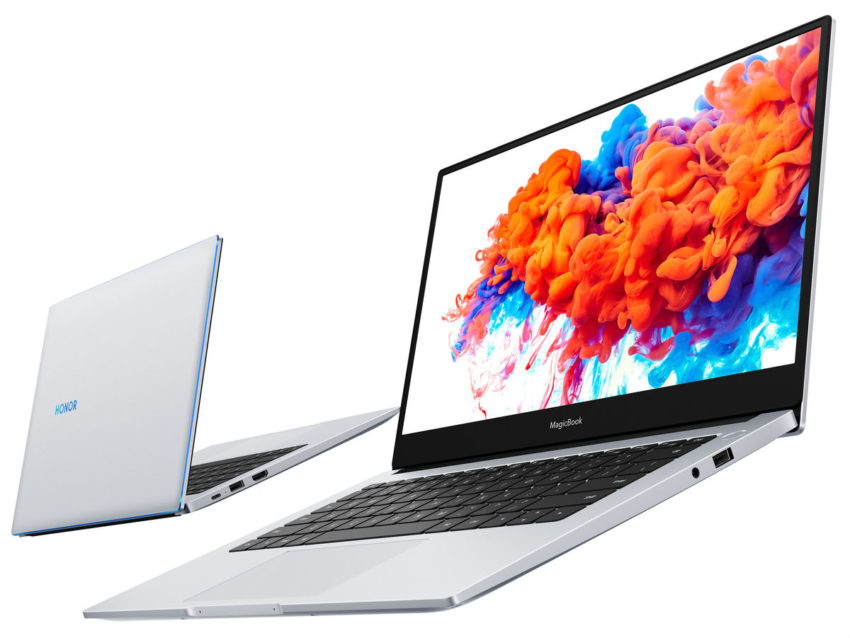 The laptop market is huge, every month various manufacturers present laptops in various price categories. If you look at the premium segment, then each manufacturer seeks to present its “analog” Apple MacBook with a more attractive price. The Honor brand owned by the Chinese company Huawei, which introduced the Honor MagicBook 14 laptop, which belongs to the ultrabook class, does not differ from its colleagues in the workshop. And today we’ll talk about him.

The glory of the Apple MacBook haunts laptop makers. And not in vain, the Cupertino company managed to create a truly reference device that would not only satisfy users in terms of performance, but also look aesthetically pleasing. And while for the most part vendors offer their MacBook “counterparts” exclusively in the premium segment, Honor, as a truly youth brand, offered users a premium experience in the mid-budget segment. This also applies to design.

Honor MagicBook 14 looks not only stylish, but more expensive than it really is. The case, as expected by premium devices, is made entirely of metal. In Russia, a laptop is sold in only one color scheme – dark gray. In this case, the color, depending on the lighting, plays either bluish or slightly lilac shades. The brand responsibly approached the design details, so confusing the Honor MagicBook 14 with other laptops is quite difficult. Along the perimeter of the top cover, diamond polishing was performed, due to which the edges play in blue in the light. The Honor brand logo shimmers in exactly the same blue color.

Not all body parts are made of metal. For example, the hinge of the top cover is plastic, the same as the previous generations of the MacBook. I do not think that this is a minus, and at least somehow affect the experience of using the device. On the bottom of the laptop there is a perforation for air intake for the cooling system and two speakers, while the hot air is discharged towards the hinge.

When opening the laptop, the similarities with the MacBook already become noticeable. In particular, the keyboard of the device is very similar to that of a competitor from Cupertino, and the MagicBook logo in its layout and font resembles a MacBook.

The design of the display itself in the Honor MagicBook 14 is much more interesting. On three sides, it has a minimal frame, due to which the 14-inch laptop is smaller in size than many 13-inch competitors. Because of the minimum width of the upper frame, there was no place for a front camera on it. The front panel is located in the keyboard between the keys F6 and F7. This is clearly not the most convenient solution for those who often make video calls, because the camera shoots the user from below, and this is a very unfortunate angle. And for those who have forgotten about the existence of Skype and video conferencing and only make video calls via smartphones, this solution will not be a problem.

Also on the case there is a fingerprint scanner, which is integrated into the power button. It supports Windows Hello, so you can forget about entering a password.

The Honor MagicBook 14 screen has FullHD resolution, and this is the most optimal display resolution for laptops. It is made using IPS technology, which allows it to accurately display the natural colors of the colors. The viewing angle of the display is wide, at tilts the picture does not fade.

The quality of the display is very good, there are no highlights around the perimeter, but personally it seemed to me that it lacks the brightness of the backlight. Still, 20% of the additional brightness would obviously not hurt him. However, this can only be a drawback of the test sample, so when buying, it is better to see for yourself whether the maximum margin of brightness of the display suits you.

The keyboard of the Honor MagicBook 14 is comfortable, typing on it is a pleasure. The key stroke is palpable and this solution is much nicer than a MacBook with those butterfly technology.

But the touchpad here is just plain, the same as most Windows laptops. It does not reach the reference trackpad on the MacBook. It performs its function, but it is clearly not as convenient as the MacBook. It supports Windows gestures, and you can use it, but the mouse is still more convenient.

But with the performance of the Honor MagicBook 14 everything is in order. The laptop runs on a solution from AMD. The processor uses a quad-core AMD Ryzen 5 3500U processor with a clock frequency of 2.1 GHz, which has an integrated Radeon Vega 8. It has 8 GB of RAM – the standard for laptops in 2020. Memory standard DDR4 operates in dual channel mode, which has a positive effect on performance. Permanent memory 256 GB on a high-speed SSD drive. Thanks to the SSD, the laptop works at lightning speed, Windows starts in just 5 seconds, it never reflects and does not freeze on a task.

The laptop has an excellent integrated graphics card Radeon Vega 8, which is superior in performance to integrated solutions from Intel and almost catches up with the base video cards for ultrabooks Nvidia GeForce. Such a video card even allows you to play not the most demanding games. For example, in the League of Legends, with FullHD resolution and average graphics settings, the frame rate in matches did not sink below 60 FPS, and on average kept at 70–80 FPS. The Honor MagicBook 14 also managed to play in the poorly optimized Siberia 3 of 2017 with low graphics settings with a comfortable FPS..

Therefore, we can confidently say that users of the Honor MagicBook 14 will be able to play relevant undemanding games.

I believe that for thin ultrabooks, the AMD Ryzen 5 3500U processor with integrated Radeon Vega 8 graphics is the most optimal solution, because it gives users much more options, unlike Intel solutions with their weak integrated graphics cards.

Honor managed to make a truly inexpensive analog of the MacBook, which in some scenarios is much more productive than Apple’s solution. Of course, in some details he loses to the competitor, but there are no ideal laptops, everyone has both strengths and weaknesses.

The strengths of the Honor MagicBook 14 include stylish design, high performance and value for money. In Russia, the laptop will be sold in official retail at a price of 44,990 rubles, and this is a very good price for such a device.

Who is it for? Honor MagicBook 14 will be an excellent companion for students, journalists, bloggers, photographers and all people of creative professions.