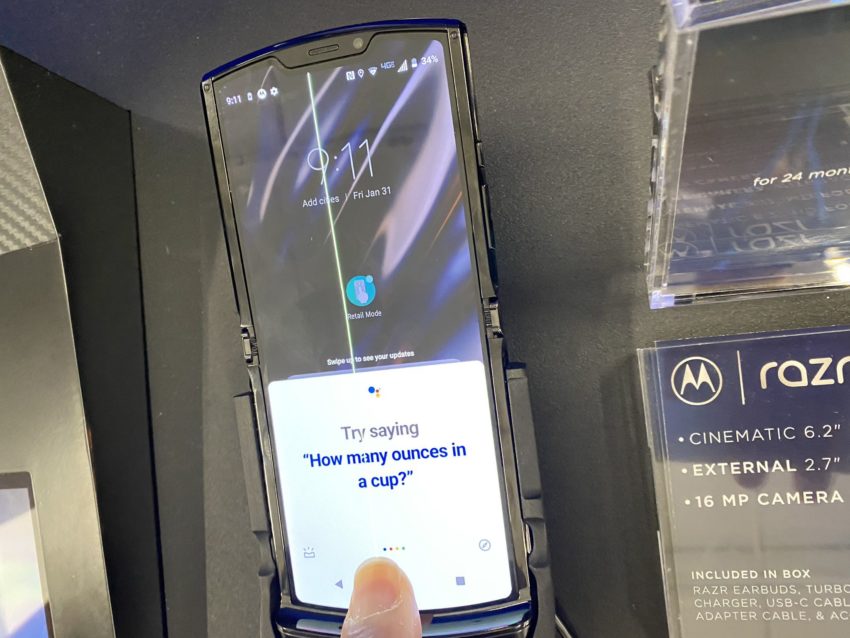 At the beginning of the week, pre-orders for the unique Motorola Razr 2019 flexible screen clamshell were launched, which was supposed to go on sale on February 6, but due to increased demand, the manufacturer announced the postponement of the sales start date to February 18.

The first reports of problems that buyers of Motorola Razr 2019 may encounter on the Web have already appeared. In particular, information has appeared that when you click on the screen next to the Home button, a vertical green bar appears on the display. Perhaps this is a problem of the exhibition model. However, potential buyers are already worried about the possibility of mass marriage.

Also of interest was the video, which shows part of the Motorola Razr 2019 review. This video demonstrates that the screen in the hinged area is not attached to the body.

This is done so that it can bend with a large radius, partially going inside the case. However, at the same time, quite large slots remain on the sides of the screen, into which dust, sand and other debris easily fall. This may ultimately affect the life of the device. And the screen itself, which can be easily pried off even with a fingernail and pulled away from the body, does not inspire a sense of reliability.