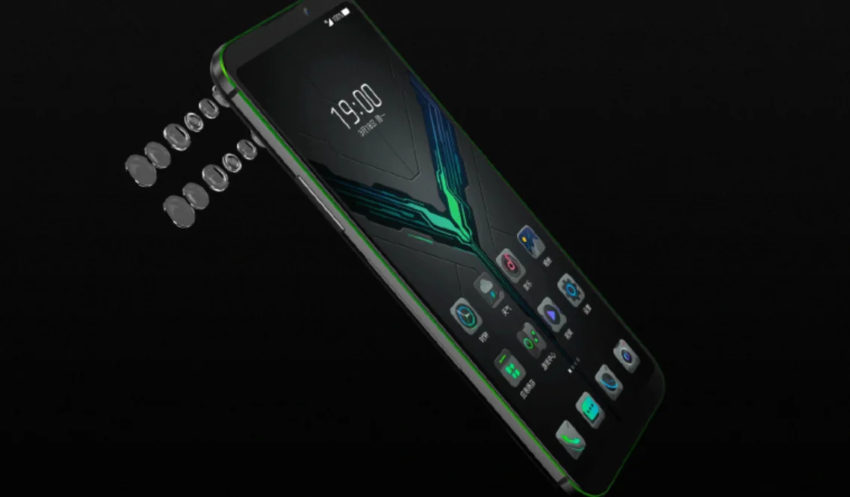 Have users been paying attention to smartphones that came out over a year ago? Not? But in vain, after all, serious discounts have already been sent to similar models. And the point is not in failed models, but in the modernization of freshly released devices. For example, Xiaomi, which a year and a half ago was one of the most powerful smartphones of the company, is now getting cheaper by a significant amount. Moreover, inside such gadgets there is excellent hardware that can support most applications and games in the next 3-4 years. Myth? Reality when it comes to the Chinese.

The appearance of the smartphone from the very beginning evokes the feeling of something powerful. But we know: it really is. These lines on the case are unusual for ordinary gadgets. Here, the luminous “S” icon either indicates that it is “Super”, or something else.

It should be noted the main dual camera. Looking ahead, I want to say: it bypasses some flagships more expensive than Black Shark 2 itself.

In front we have a frameless screen, but it is frameless with a stretch. In any case, the image on it is of high quality.

Summary and cost of smartphone

Xiaomi Black Shark 2 is noticeably better than its older brother. Xiaomi corrected all the jambs (for example, a processor heating up to an impossible) by introducing a second-generation gadget. Of course, the absence of an NFC chip can be called unforgivable, but all the cons are smoothed out by a very powerful processor and an excellent amount of RAM. In China, a smartphone costs about 24,200 rubles, which is 9,000 rubles lower than when it came out.