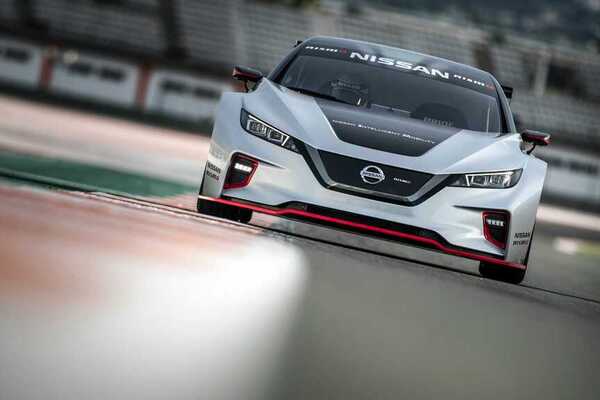 In Spanish Valencia, Nissan showed a racing version of the Leaf electric car, code-named NISMO RC, on the track.

It is reported by Insideeves. The authors emphasize that the maximum speed of the car and the dynamics of acceleration will allow it to compete with the Tesla Model S.

Engineers at the Japanese automaker supplied the electric car with two electric motors that deliver 327 horsepower and 640 newton meters of torque. Thanks to this, the car is able to accelerate to 100km/h in 3.4 seconds. The battery volume of the car remained unknown.

At the same time, the car weighs only 1220kg and is equipped with a special lowered suspension, which allows it to better take turns during the competition. Journalists who managed to attend the presentation of the car, note that the track version of the electric car has little to do with its mass production model.

“Nissan’s pioneering experience in electric vehicles, combined with NISMO’s more than 60 years of motorsport experience, has led to the creation of a unique vehicle. For Nissan’s“ E, ”“ EV ”also means“ Exciting ” “(Exciting, – ed.) Based on this philosophy, we created the LEAF NISMO RC. It is able to bring the thrill that electric cars can provide to a whole new level,” said Nissan Carcamo, director of Nissan Global Motorsport.