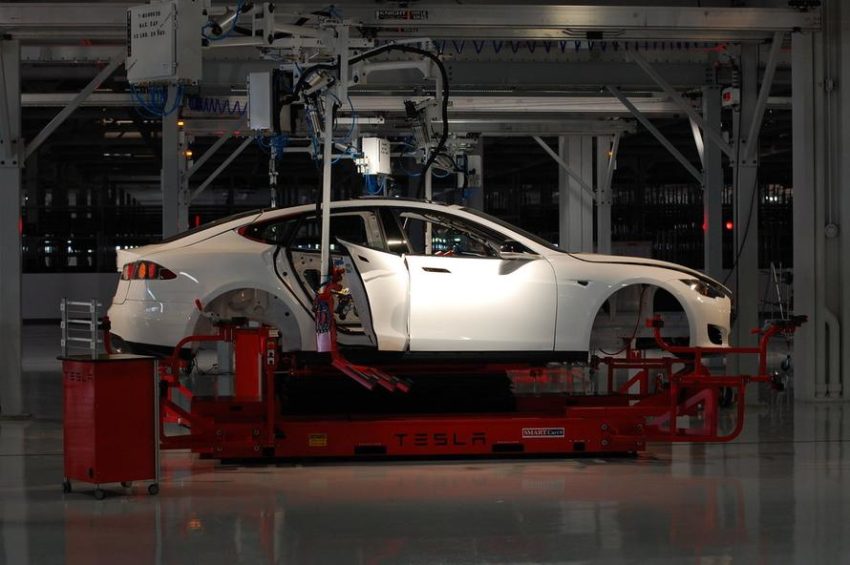 Electric car manufacturer Tesla triumphantly rolled into 2020: in just a few months, the company doubled its capitalization. Now the company costs more than $100 billion – of the automakers only Toyota is more expensive. Dozens of startups are trying to replicate and even surpass Tesla’s success, and some are close to that.

Arrival – a project with Russian roots

In January 2020, the British startup Arrival attracted attention thanks to two major deals. In Russia, they were discussed, among other things, because the company was founded by ex-CEO Yota and former Deputy Minister of Communications Denis Sverdlov.

He created Arrival in 2015. The company specializes in light freight electric vehicles. The startup’s headquarters are in London, and development centers are in the UK, USA, Russia, Germany and Israel.

The first electric car Arrival will release in 2020, and mass mass production will begin in 2021. Conveyors will be launched at micro-factories in different regions, where they will see demand for such a machine.

Electric trucks from Arrival will cost from € 40,000 to € 60,000 (2.8–4.2 million rubles). It is noticeably more expensive than gasoline or diesel competitors. For example, a new Ford Transit van can be bought for € 31,000 (2.2 million rubles). But Arrival emphasizes: the operation and maintenance of electric vans will be half the price.

Without recharging such a machine, according to the manufacturer, will be able to drive about 480 km.

In mid-January of this year, Hyundai and Kia bought a 3.33% stake in Denis Sverdlov. Korean car makers valued his startup at $ 3 billion. They said the deal was “the beginning of a strategic partnership for the global introduction of commercial electric vehicles.” Koreans hope to sell 670,000 electric cars annually and enter the top three of their manufacturers by 2025.

One more shareholder of Arrival a week later became the American logistics giant UPS. He invested several hundred million euros in Sverdlov’s startup and ordered 10,000 electric vehicles. The Guardian estimated the contract value at € 400 million. The contract implies that in the future, UPS may order another 10,000 electric vehicles on a priority basis. The first batch will appear in the UK, Europe and the USA in 2020–2024.

So even before the start of mass production of Arrival, Denis Sverdlov not only attracted serious investors, but also provided a sales market for his electric vans.

The American company Rivian has existed since 2009, and for most of its history, it has tried to create a commercially successful electric car. Now she is closer than ever to this.

In 2020, Rivian intends to release an electric SUV R1S, and another year later – an electric pickup R1T. These cars are considered the main competitors of the Tesla Cybertruck pickup.

Rivian electric cars will be able to drive almost 650 km without recharging (this is much more than any Tesla electric car), accelerate from zero to 100 km/h in three seconds and even unfold on the spot.

At the end of 2019, the company was valued at $5 billion. Ford invested $500 million in Rivian, and the T. Rowe Price fund even sold Tesla shares before investing $1.3 billion in Rivian.

Like Arrival, Rivian had already found a major buyer before launching production facilities. They became Amazon. He immediately ordered 100,000 electric vans for his couriers. The first batch will arrive at the retailer in 2021. “Rivian will become a real competitor to Tesla,” Forbes wrote about the deal.

In 2020, another ambitious project is due to be released: Byton will launch production and sales of the M-Byte SUV in China. In 2021, the electric car will reach Europe and the United States.

Byton positions the electric car as a gadget even more than Tesla. “We tried to move at least one or two steps further,” said Byton CEO Daniel Kirchert. He previously headed the Chinese division of Infiniti, Japan’s premium automobile brand.

The main feature of the M-Byte is a 48-inch dashboard screen and a touch panel on the steering wheel. Also in the SUV there is a system that recognizes a person with the help of cameras in medium racks and automatically turns on individual vehicle settings for him, and then monitors the health of the driver. You can control the system with gestures or voice.

The company was founded in September 2017 by former executives of BMW and Nissan Motor. Byton headquarters is located in Beijing, but the design was developed in Munich, and software in California.

According to Kirchert, Byton will not overly automate its manufacturing process. So the company intends to avoid the mistakes of Tesla, because of which it struggled for a long time with the problems of quality and reliability of its electric cars. “We don’t want to risk that from the very beginning we don’t get the right cars,” he said.

Byton also hopes to avoid Tesla’s ongoing financial losses. The company Ilona Mask has never in its 17-year history shown profit for all 12 months of the year. “We will not have 10 or 15 years to break even,” said Kirchert, and added that Byton intends to get a plus already two to three years after the start of sales.

According to Byton, they have already received 30,000 pre-orders for M-Byte. Already in the first quarter of 2020, the brand will begin to deploy a dealer network in major cities in China.

Several other startups are considered Tesla’s competitors: Lucid, Nio, Faraday Future, etc. But Byton, Rivian, and Arrival look the most promising in 2020. In many ways, their products are superior to Tesla models. But so far only the company Ilona Mask has managed to master mass production.