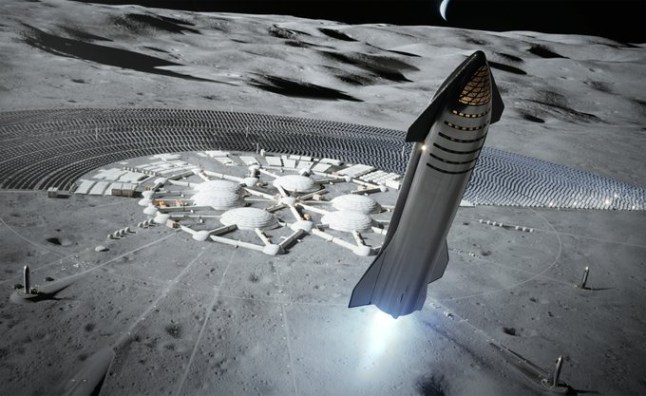 One of the main life goals of Elon Mask and the main goal of SpaceX is the colonization of Mars. According to his latest estimate, the creation of a self-sufficient colony on Mars will take about 20 years and about a thousand Starship ships; literally last month, he imagined that by 2050 about a million people would live on Mars. And although we have not written about Starship for a long time, apart from the recent mention in the news about Starlink’s spin-off as a separate company, SpaceX, without much fanfare of press releases, has been actively developing the project and has achieved considerable success since the presentation of the concept update in September last year , coming close to the next key stage – flight tests of a full-fledged prototype Starship.

It was originally planned that SpaceX will make a suborbital test launch, in which the full-size Starship Mk1 prototype shown at the September presentation will rise to a height of 20 kilometers and land back to the cosmodrome until the end of 2019. In mid-November, engineers began testing the prototype fuel system – during one of these tests, in order to test the fuel system at maximum pressure, the oxygen tank Mk1 burst. SpaceX decided not to repair the damaged prototype. The Texas team in Boca Chico and the Florida Starship team in Coco have moved on to develop new prototypes SN1 and SN2, which should immediately fly into orbit.

Recall that we were initially promised an orbital test launch by April 2020. But Elon Musk is known for the habit of giving too optimistic assessments and it was immediately clear that the terms could be extended by two to three times.

And now the plans have changed again and it seems that without a suborbital launch at an altitude of 20 km (half the distance to the upper boundary of the atmosphere) it still will not do – this week SpaceX asked the Federal Communications Commission (FCC) for permission to perform a test suborbital launch and landing Starship. The test site is a site in Boca Chica, Texas. That is, it is planned to use Starship SN1 for these tests. Requested window for launch: 03.16.2020 – 09.16.2020. That is, SN1 can fly 20 km in a month.

As for the achievements in recent months, in the last days of 2019, Musk showed a huge domed bottom of the SN1 fuel tank (according to Mask, this is “the most complex component of the main structure of the device”). A month later, on January 28, the SN1 oxygen tank was tested for strength – it withstood a pressure of 8.5 bar. This week, SpaceX officially started assembling SN1 – last Thursday at the SpaceX spaceport under construction in the village of Boca Chica near Brownsville, a special “Stargate” event was held for hiring staff. It is known that both Starship teams (Texas and Florida) will work around the clock in four shifts.

In a recent tweet, Musk confirmed that SN2 will be ready soon and that every next prototype will be noticeably better than the previous one. According to Mask, for orbital launches, it is necessary to increase the build quality by 3-4 times compared to the Starhopper “water tower”, flying at a height of 20 and 150 m, while at the same time, the requirements for suborbital launches are slightly lower. In addition, the coefficient of structural perfection is crucial (the ratio of the mass of the structure to the mass of fuel is called). The Starhopper case is made of steel 12.5 mm thick versus 4 mm for SN1. In the future, it is planned to switch to sheets with a thickness of less than 2 mm in places with a diameter of 9000 mm.

Interestingly, the marginal production costs of the main prototype design for suborbital launches should even be lower than that of Starhopper, since the work will be fully carried out inside the assembly shop.

In conclusion – a photo from Bok Chick’s hangar. The first two domed bottoms of the fuel tank in the frame are for SN2, the third for SN1.