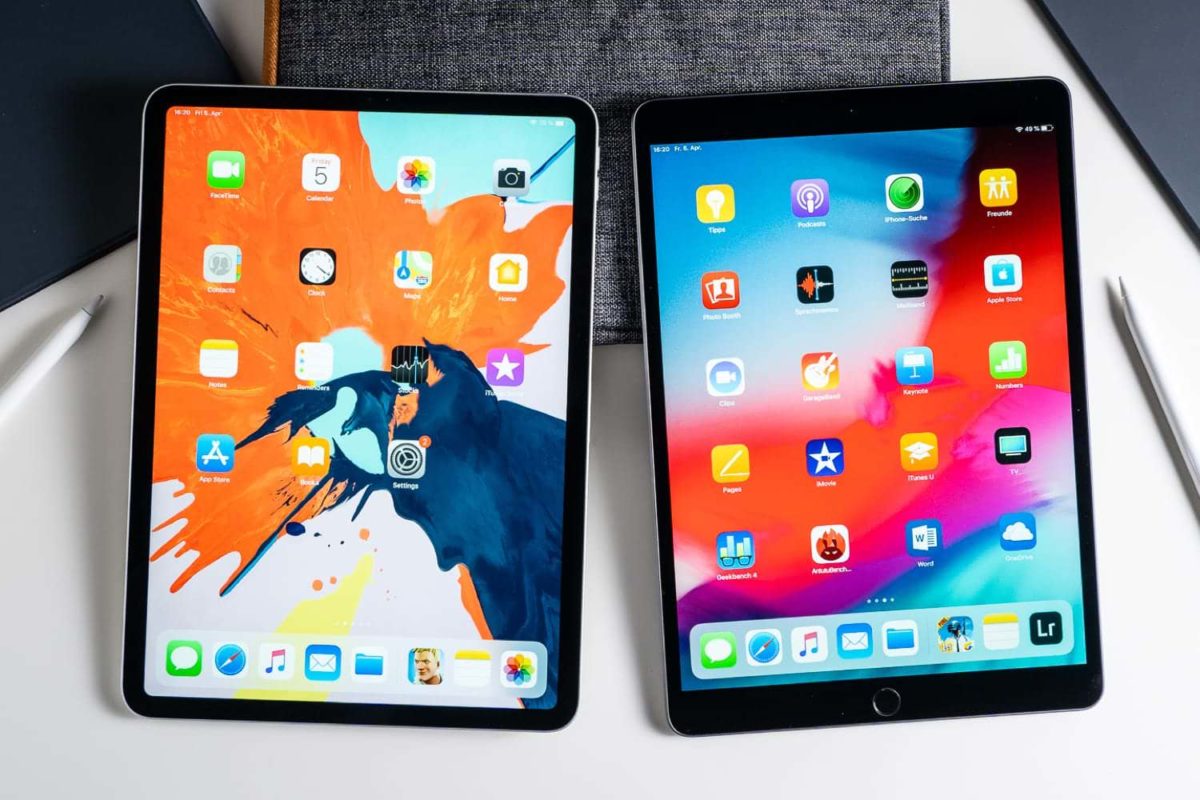 Apple last updated its iPad Pro tablets at the end of 2018 when it released new models equipped with a Face ID face scanner. Since then, as much as a year and a half has passed, and soon they will announce new models, of which there will be two, and they will be equipped with the latest technology, having received advanced technical equipment and a whole host of other features. Today, February 13, 2020, for the first time, the network got information about exactly what future new products will be able to please all those who are ready to buy them for themselves, and to really please them will be what, because they will get the best hardware from the available currently on the market. One of the “chips” of new products will be support for 5G networks.

Yes, the new tablets of the Apple corporation from the professional line with the prefix Pro will be able to connect to fifth-generation 5G networks at speeds up to 5 Gb/s, and possibly even higher. According to DigiTimes, the new items will be able to boast the latest eight-core Apple A14X processor, manufactured using the 5-nm process technology. The camera in the tablet will be triple, as in the iPhone 11 Pro, and it will receive a ToF-sensor for measuring the depth level, which will allow you to take better pictures and use some other features, such as improved positioning of objects in AR augmented reality mode. The case of the new tablets will continue to be made of metal, so they certainly will not receive wireless charging support, which many have long dreamed of for some time.

Out of the box, the new iPad Pro 2020 will have the iOS 14 operating system installed, and their presentation will take place later this year, but when exactly is still unknown. Perhaps the news will be announced as part of the March spring presentation of Apple, or it will happen in June at the WWDC 2020 conference, where the brand sometimes presents new branded electronics. Support for 5G networks will allow new tablets to become one of the most advanced on the market, offering users access to the fifth generation mobile Internet, which is even faster than Wi-Fi. Most likely, the new tablets of the American corporation will receive some more features, maybe even 10 GB of RAM, but there is no exact data on this yet.

In recent years, Apple began to turn tablets not just into devices for playing any content, such as movies or music, but also into working devices that can cope with various work tasks. That is why the brand new iPad Pro will definitely be deprived of the usual Lightning connector, instead they will get a USB Type-C. In this regard, it will be possible to connect any additional gadgets to the new tablets of the Apple Corporation, as well as to the 2020 models, from flash drives to peripheral input devices, that is, mice and keyboards. The main thing to consider is that the cost of the new iPad Pro with 11-inch and 12.9-inch screens will be extremely expensive, on a par with ultrabooks.