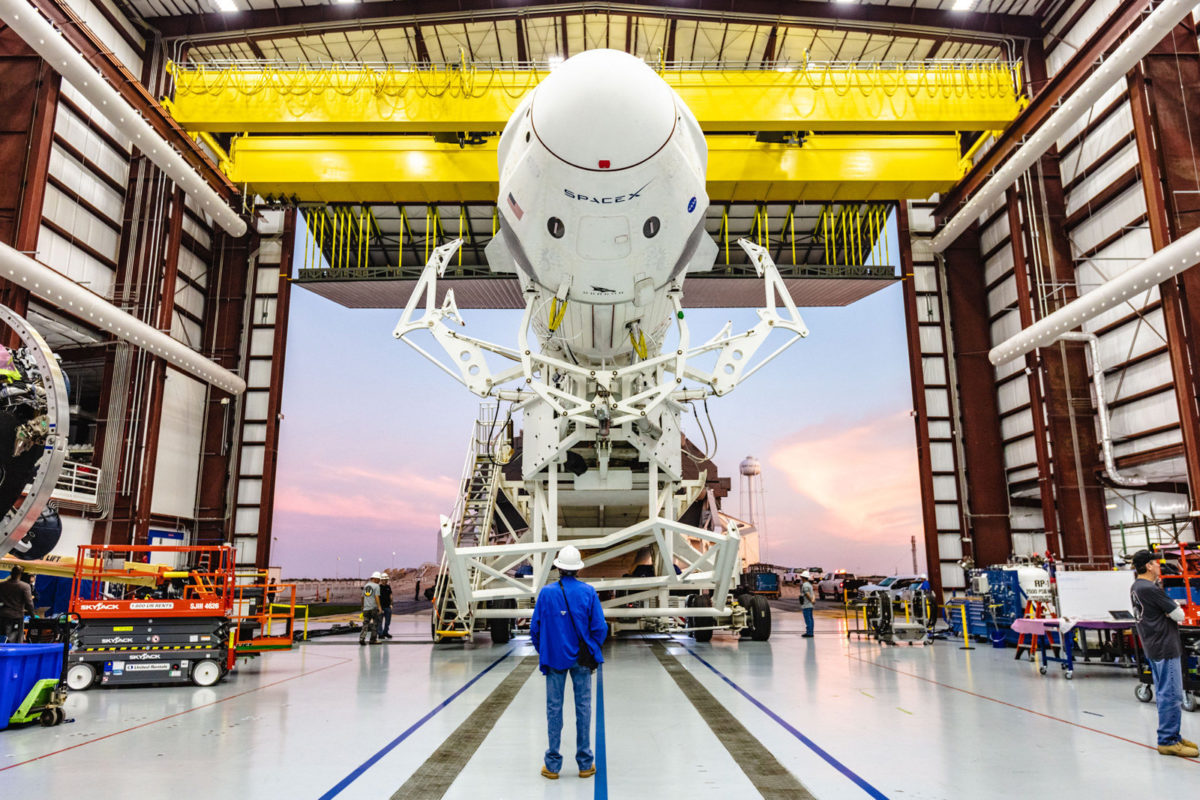 SpaceX announced the delivery of the Crew Dragon spaceship to the Cosmodrome. Kennedy in Florida. It should be the first spacecraft to deliver astronauts into orbit from the United States after the cessation of manned flights by the United States National Aeronautics and Space Administration (NASA) in 2011.

NASA and SpaceX experts will conduct final tests and pre-launch preparations for Crew Dragon at the SpaceX launch pad before being sent to the International Space Station as part of the NASA Commercial Crew Program to create private manned spacecraft to transport astronauts to the ISS and back to Earth.

If the tests are successful, the first manned test flight Crew Dragon will take place this spring. Earlier, the head of SpaceX, Elon Musk (Elon Musk) named May 7 as the working date for the first flight of the Crew Dragon.

The SpaceX Crew Dragon capsule with NASA astronauts Bob Behnken and Doug Hurley will be sent into orbit on the Falcon 9 rocket from the historic launch site 39A of the Space Center named after Kennedy, from where, at one time, the Apollo manned spacecraft launched to the moon.

Recall that in March 2019, SpaceX conducted a successful test flight of the Crew Dragon to the ISS, during which the spacecraft automatically docked with the space station.