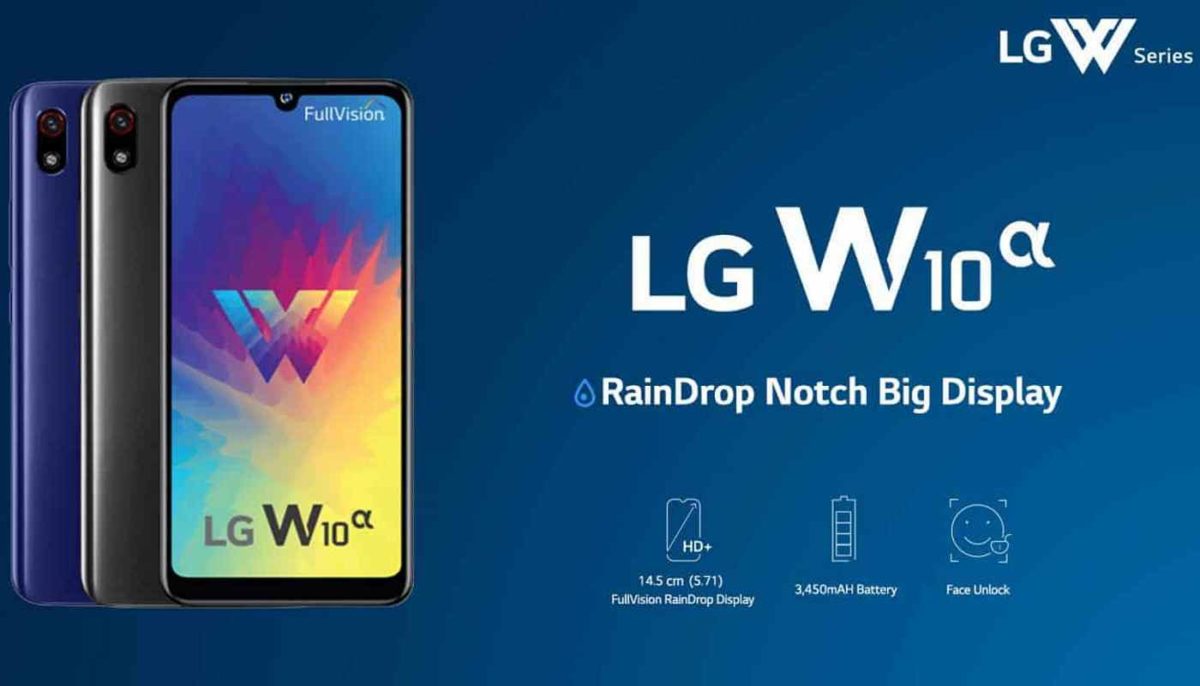 LG continues to show its new products. Following the new K-series devices, the company introduced another model, which should be attributed to the segment of budget and entry-level devices. The smartphone LG W10 Alpha became a novelty and at the moment it will be sold only in India. The prospects for its appearance on the global market are not said.

Outwardly, this is a typical modern mobile phone, which received a drop-cut display. The main camera has only one sensor in its arsenal and it was entered into one module with an LED flash. The budget of the novelty is traced in the absence of a fingerprint scanner.

It has a LG W10 Alpha display with a diagonal of 5.71 inches with HD + resolution, a Spreadtrum SC9863 chip, 3 GB of RAM, a 32 GB flash drive, an 8 megapixel front camera and a sensor with the same resolution installed on the back side.

The smartphone case is made of plastic and inside is a 3450 mAh battery. There is support for GPS, Bluetooth 4.1 and the operating system Android 9.0 Pie directs the operation of the device. Available LG W10 Alpha only in black. Alas, in terms of pricing, LG continues to set inflated price tags. LG W10 Alpha priced at $139.