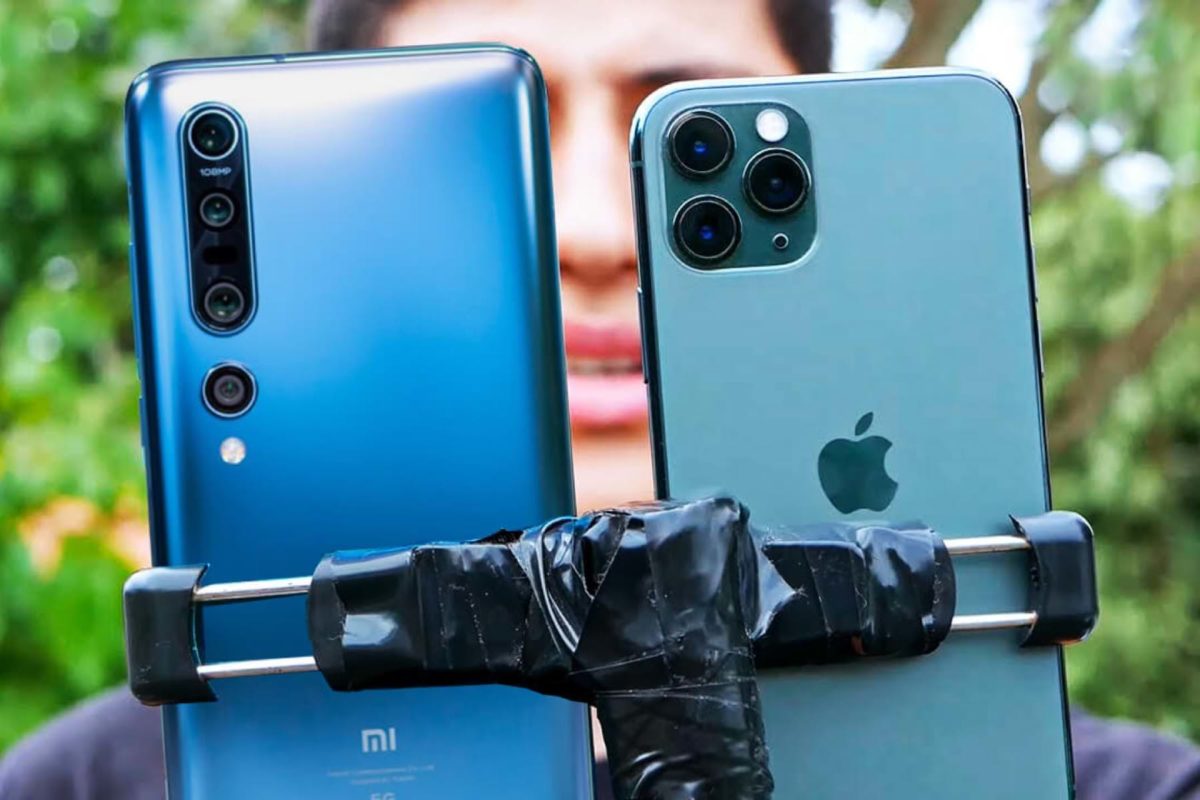 One of the best smartphones on the market for the quality of photos and recorded videos are the flagship iPhone 11 Pro from Apple and the Honor V30 from Huawei, and they are available for purchase for everyone for several months now. That is why these top-level mobile devices have decided to compare with such a new-fangled novelty as Xiaomi Mi 10 Pro, which is equipped with a quad main camera with high resolution. The manufacturer during the presentation of this phone talked about how advanced optics are installed in it. One of the first owners of this smartphone, who was able to buy it with great difficulty due to a shortage, considered it necessary to compare cameras in the three flagships so that you can clearly say which phone shoots best.

To make the video comparison more visual, the experiment compared the quality of the recorded video also involved Mi Note 10, which has an advanced camera with a resolution of 108 megapixels. One of the features of the Mi 10 Pro camera, as it turned out, is the wrong color profile, in which all the colors look oversaturated, so not the most pleasant effect is created. No realism here and does not smell. In addition, this mobile device is not installed the best stabilization system, because on the go there is a slight tremor, which, like oversaturated colors, is not in the iPhone 11 Pro and Honor V30. However, with the new flagship of the Chinese corporation, everything is far from as bad as it might seem. He has several important advantages at once, which are visible to the naked eye.

So, in particular, this top-level mobile device provides very good sharpness of all videos, high-quality macro photography, instant autofocus system, as well as a very impressive digital zoom, which allows you to zoom in on a distant object. Of course, with the releases of new firmware, Xiaomi Mi 10 Pro should start shooting better, but many people are of the opinion that since the smartphone has already gone on sale, it means that it should shoot well “out of the box”, because its customers do not agree to They tested something. Based on the published comparison, the new flagship of the Chinese corporation has several drawbacks when recording video, but they overlap with the advantages that it can offer.

The strengths of the Xiaomi Mi 10 Pro camera compared to the Apple iPhone 11 Pro and Huawei Honor V30 are in very good digital zoom and high detail in the pictures, and this device can also shoot video in 8K resolution at a frequency of 30 frames per second, no matter what one of his competitors is not even close capable. It is expected that the new flagship from a company from China will enter the international market in March this year, and it was at this time that tens or even hundreds of videos appeared on the network about how advanced the camera is in this smartphone compared to products of other famous brands . Currently, there is a strong shortage of this phone in Chinese territory.