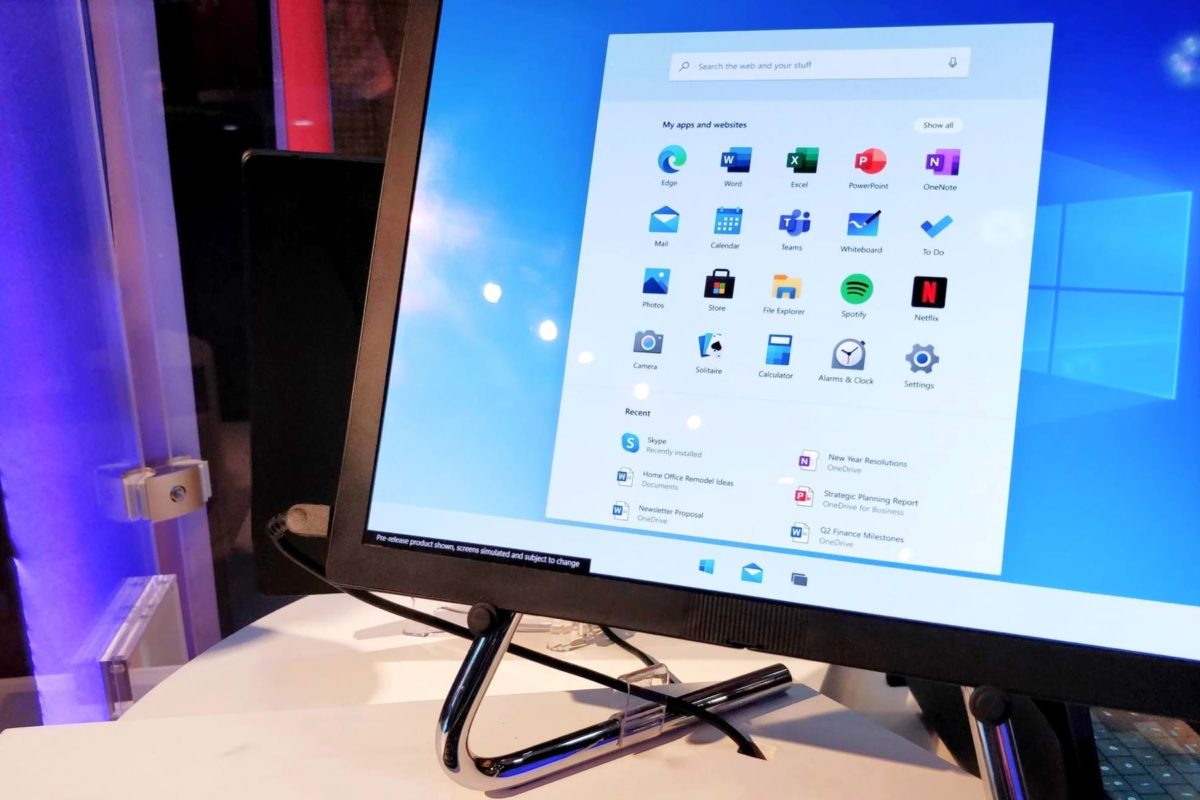 The Windows 10 operating system was originally released in the summer of 2015, that is, almost five years ago. Since then, she managed to release incredibly many updates that made this platform better in every way, but she failed to become truly stable and reliable, unfortunately. Nevertheless, the developers from Microsoft do not give up, but continue to constantly introduce various new features and capabilities into their operating system, trying to make it as best as possible in all respects. Today, February 20, 2020, the release of the highly updated tenth “Windows” happened, which is already available for download to everyone, but so far only in beta.

Starting today, participants in the Windows Insider program, that is, early access, can install an updated version of the Windows 10 operating system on their computer, laptop, tablet, or some other gadget, which contains a number of important differences. The developers partly redesigned the interface of the entire platform, and they also redesigned many elements using modern beautiful icons from Windows 10X, designed for devices with two screens or more. Everyone can become a participant in the early access program without any difficulties, as you just need to visit the Microsoft website and register there, giving consent to the test.

In the new design, users already have access to the Mail, Calendar, Music, Calculator, Alarm Clock, Voice Recorder, and many others. Every year, the update of such programs will become more and more, and this will continue until the whole appearance of the Windows 10 operating system is up-to-date, which is what the developers currently want to achieve. In addition, live tiles were completely removed from the updated version of the tenth “Windows”, recognizing them completely failed. Instead, users are now offered a list of applications, as well as the ability to use the icons of any programs and games for quick launch.

Most likely, the final version of Windows 10 with all these innovations, as well as with many others, will be released in April-May, when the next major update for the tenth Windows will be released, which should be the last. The latest operating system is guaranteed to be able to pleasantly please all users with its new interface and design, because such have become really better in every way than ever before. It goes without saying that for all owners of a licensed version of the OS such an update will be completely free, but it is far from the fact that after its installation there will not be any unforeseen problems, as is almost always the case with any updates that Microsoft releases for this operating system system.