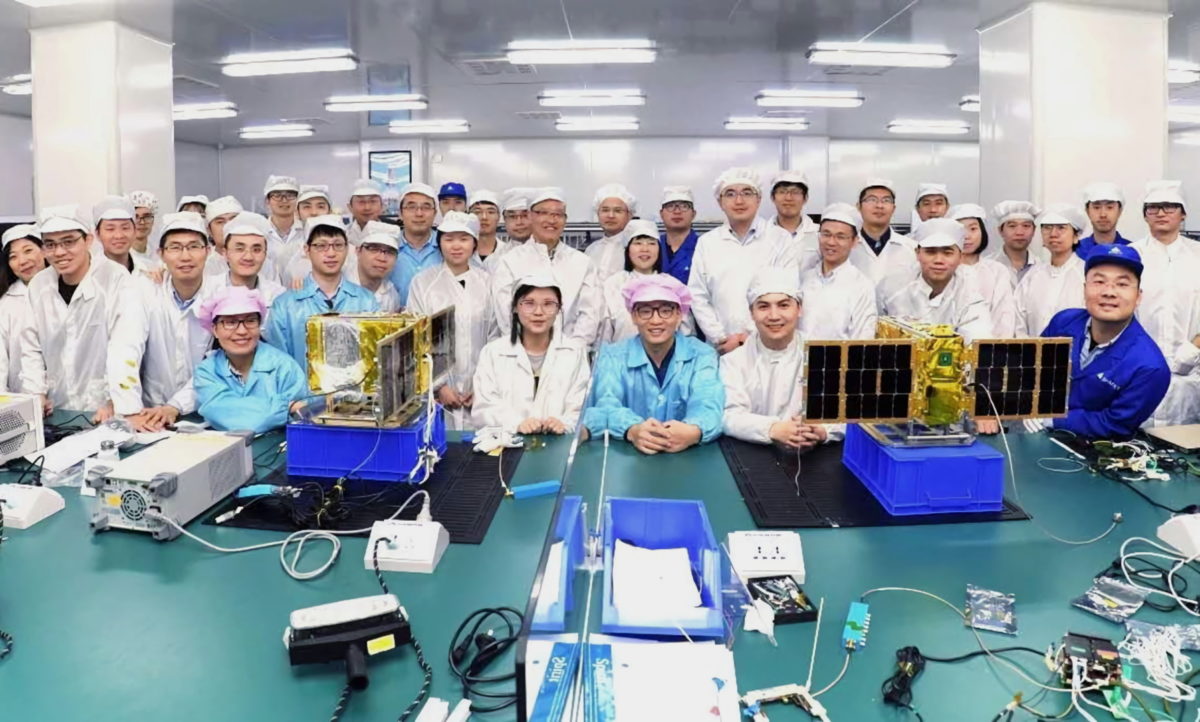 In recent years, we have seen explosive growth in the number of private space companies in the United States. Entire rocket-making enterprises and satellite productions appeared. All this greatly changed the space industry of America. China could not just pass such a boom. Therefore, in 2014, the government of the Middle Kingdom decided to open its space industry to commercial capital.

Currently, their industry has hundreds of private companies, many of which have close ties with traditional space and defense enterprises. They are developing new missiles, building communications and remote sensing satellites, and are also seeking to catch up on ground stations and data storage.

Spacety is one of the first private companies born in China. It manufactures communications satellites, with offices in Changsha and Beijing. The founders of Spacety were inspired by the activities of the more eminent SpaceX and Planet. They left their jobs at the Chinese Academy of Sciences (CAS) to create their own brainchild in January 2016.

Like most satellite startups, Spacety has no plans to deploy huge satellite constellations. The company offers a full range of services for small satellites, including production, payload placement, launch and operation in orbit. Such services allow Spacety customers to quickly gain access to space and begin providing their own services, testing new technologies or research.

At the moment, the company managed to become a participant in ten launches – they allowed it to put 18 spacecraft into orbit. Spacety can provide satellite platforms with a mass of 10, 20, 50 and 200 kilograms. Its clients are governments, research institutes, universities and commercial companies. According to Crunchbase, Spacety managed to attract investments from venture capital funds worth $ 36 million over several rounds of financing.

One of the company’s customers is LaserFleet, a commercial branch of CAS, whose goal is to create and launch into space an orbital group of 288 laser communication devices in order to provide broadband communications for aviation. The LaserFleet demo mission was launched last November. Spacety CEO Yang Feng notes that other clients of the company have planned missions related to the provision of communication of IoT devices and automatic dependent surveillance-broadcasting (AZN-B).

Another interesting project that Spacety is working on is GRID (Gamma Ray Integrated Detectors). Tsinghua University takes an active part in it. The aim of the project is to launch 24 satellites into orbit, the only task of which will be to monitor gamma-ray bursts. Spacety has already managed to launch the first apparatus of the group – this happened in October 2018.

It is worth noting that the more “traditional” missions, although they have a much wider range of capabilities, take up a huge amount of resources. Launched in 2008, the Fermi gamma-ray space telescope has a mass of 4300 kilograms and cost $ 690 million. The development of this tool took more than 10 years. Spacety left the task of creating such large projects to traditional space enterprises in China. According to Jan, Spacety has several missions planned for the second half of this year. The company managed to conclude an agreement with the startup LandSpace, which will send the Spacety satellite on its Zhuque-2 rocket (Zhuque-2) in 2021 (there is a rather interesting article on this Chinese company on our website – go check it out!).

One of the main problems that may be caused by the explosive growth in the number of space companies is space debris. Too many satellites in orbit can also cause problems – remember at least the tense situation with one of the SpaceX Starlink satellites and the European spacecraft Aeolus.

Cubs, as a rule, are not so large satellites as to be able to perform a maneuver of evading space debris (or another device). Or, turn on the engine to bring themselves from orbit at the end of their life. They simply do not have such engines. Unable to leave orbit, such satellites only increase the amount of debris in orbit, and hence the likelihood of a collision.

But this problem has a promising solution. Spacety entered into an agreement with the French company ThrustMe, which is engaged in the development and production of shunting engines for cubesat. Only 8 months have passed since the conclusion of the agreement – and joint tests of I2T5 iore engines on iodine have already been carried out. And successfully!

Spacety is moving towards creating its own payloads. Take the MiniSAR, which is a satellite with the ability to radar synthesize aperture. Its launch is scheduled for the third quarter of 2020. Having a mass of 150 kilograms, the device will be able to receive images with a resolution of 1 meter per pixel. The Finnish Iceye startup, which has several similar satellites in orbit, follows the same path.

This device is for us a kind of first experience, in fact – a challenge. We are trying to introduce several innovative technologies on this satellite. And we try to minimize the risks associated with this mission. This is not an easy task.

Yang Fei about the MiniSAR satellite

Spacety is currently trying to expand the possibilities of its cooperation with European companies. In September last year, the company opened its branch in Luxembourg. To circumvent the problems of US-Chinese relations in the space industry, Spacety resorted to the services of Indian missiles. In the NewSpace era, such Spacety companies have huge potential.

Thanks to the successful missions and the services we provide, we can expand our capabilities through international cooperation. As a result, a large number of customers, both in China and abroad.