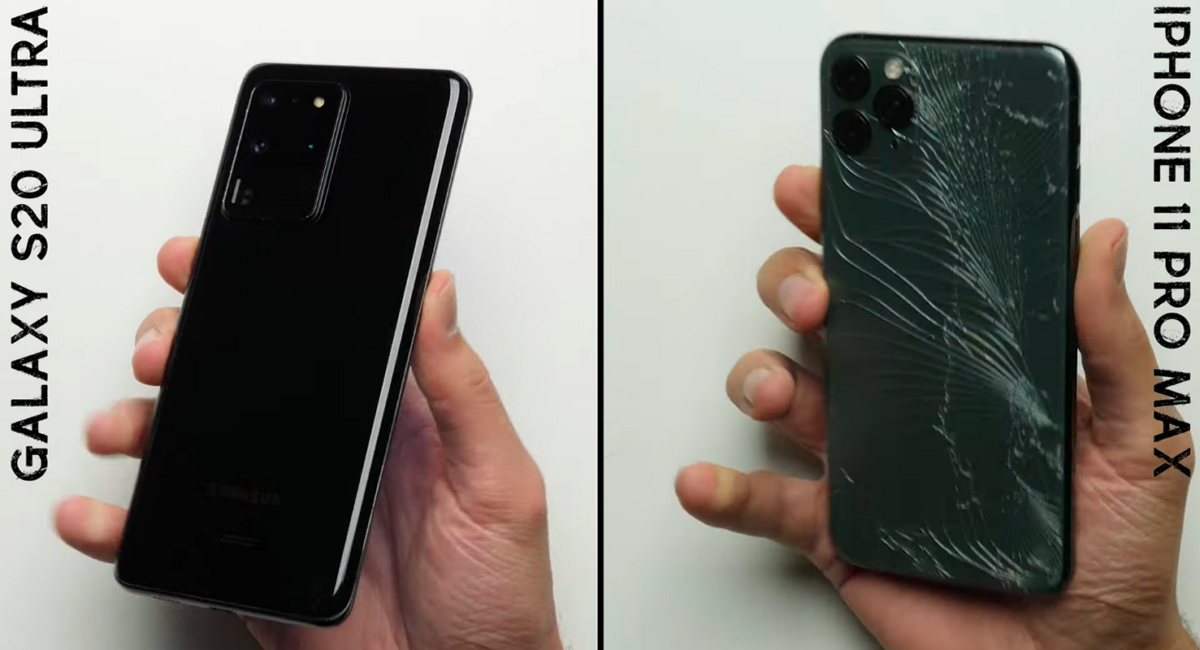 The body of the Apple smartphone is more fragile.

CNet recently conducted a crash test for Samsung’s new flagship smartphones, including testing its durability against falls. Now the tests have decided to repeat the authors of the YouTube channel PhoneBuff. Only this time compared to an Apple device.

When the phones were dropped at a corner, they passed the test quite well. However, falling the screen down again proved to be more serious for the Apple smartphone.

Thus, the iPhone lost the flagship smartphone Samsung in a drop test. True, in the final the apparatus of the Cupertinians was somewhat rehabilitated. After ten drops in a row, Samsung’s new screen has stopped working. But after the iPhone 11 Pro Max the display remained operational, only the camera “flew”.