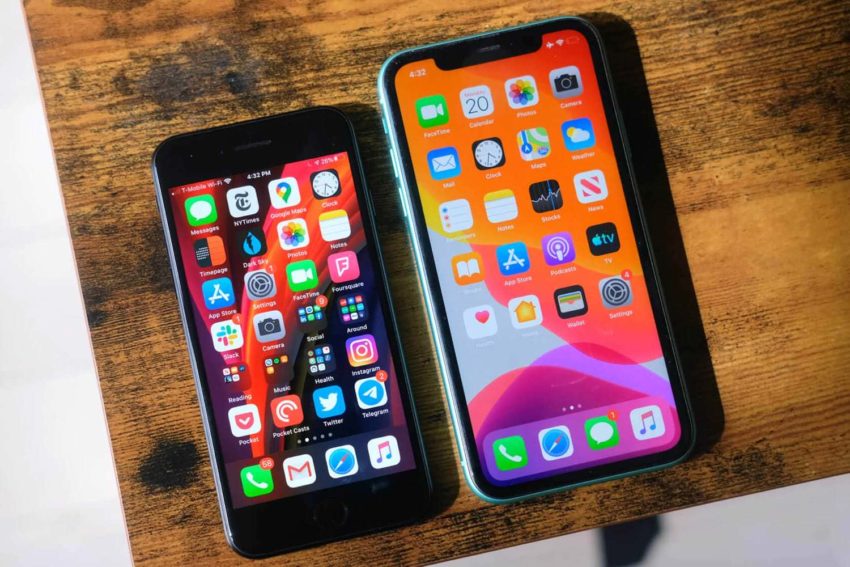 Most recently, Apple officially unveiled and launched the flagship iPhone SE 2020 smartphone, which is equipped with the latest technology and technology, which makes it extremely attractive. Of course, for the sake of the low cost of this mobile device, the “apple” corporation sacrificed a lot, including a Face ID scanner and a full-size screen, but the phone can offer the maximum computing power of all possible, which, in turn, makes it incredibly attractive into the fullest, including for all those who love to play video games. Today, April 23, 2020, it became known that this relatively budget phone outperforms even such a popular model as the iPhone XS Max.

In the popular AuTuTu benchmark, the new iPhone SE 2020 scored 492 thousand points, while the iPhone XS Max, released at the end of 2018, delivers 443 thousand points. This means that the new model is about 10% more powerful, which, in turn, makes it a very good choice when buying, as its buyer can be sure that the smartphone will remain relevant for at least three years. from the moment of release to the market, during which he will be able to perform absolutely any tasks, starting with video processing, that is, editing, and ending with full-fledged gaming in complex games with 3D graphics.

However, the novelty did not reach the new iPhone 11, because such a phone gives out as much as 521 thousand points in AuTuTu. However, this flagship came off the iPhone SE 2020 by no more than 5%, so in real life, the increase is unlikely to be noticeable. The reason for this is unknown because both mobile devices are based on the 6-core Apple A13 Bionic processor. The exact specifications of this are not disclosed in each specific case, so we can only assume that the low-end model deliberately or for some reason lowered the frequencies so that the chipset does not provide the highest maximum performance. In addition, it was installed not 4 GB of RAM, as is installed even in the iPhone XS Mac in 2018, but only 3 GB.

This mobile device is already available for purchase to everyone, costing $ 400, that is, they ask for only 30,000 rubles, which is extremely small by Apple’s standards for a new top-level phone. Called the iPhone SE 2020, this smartphone has the body of the 2017 iPhone 8 model, so it still offers the same 4.7-inch IPS screen and similar glass body dimensions. The novelty received both support for the Power Delivery accelerated charging technology, and, also, an NFC chip for working with the Apple Pay payment system and various third-party gadgets, work with which can be configured through the “Teams” application built into the iOS, which is available completely free of charge, being original Software from the “apple” corporation.