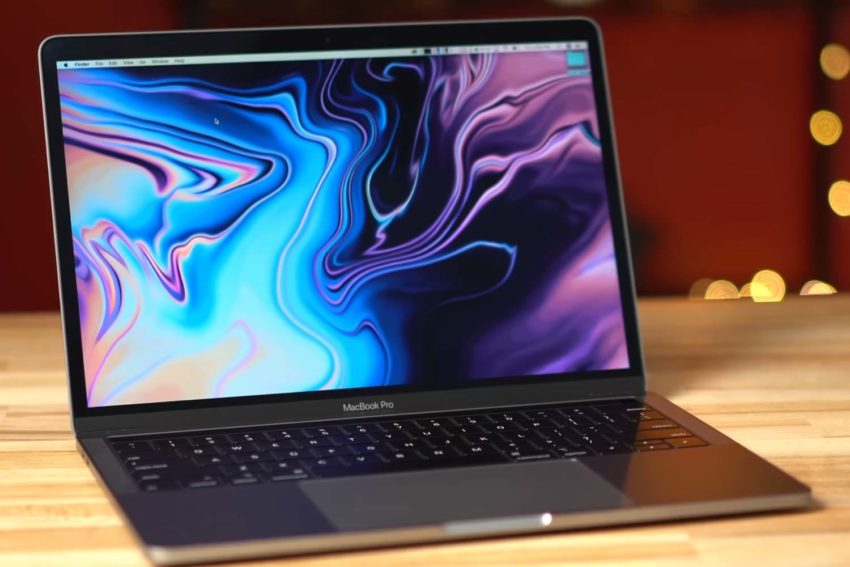 One of the largest and most well-known brands on the market is Apple, and it creates premium laptops, because their prices start at $900, while the top models cost over $5000, and therefore not everyone can afford to buy them. Buying products from this manufacturer, customers can count on high-quality workmanship, stunning looks, amazing operating system macOS, as well as a whole host of other nice features. Today, May 3, 2020, it became known about one new product from this manufacturer, which turns out to be a new MacBook Pro of this year’s model, built based on the Ice Lake-U processor, that is, the tenth generation from Intel.

A few hours ago, information about a new portable computer from the American corporation Apple, which will be able to offer a lot of features, hit the network. Even even though it is already 2020, this manufacturer installs no more than 16GB of RAM in 13-inch “firmware”, and this amount is not enough for many modern users. That is why the new model, of course, optionally, will be available in a version with 32GB of RAM, that is, the RAM is guaranteed to be enough for any tasks and needs, however, for such a modification, of course, you will need to fork out since it will turn out to be extremely expensive. There are no exact data on the cost now, at present, in this regard.

Besides, as it became known, the 13-inch MacBook Pro of the 2020 generation will receive a top-end eight-core Intel Core i7-1068NG7 processor with a clock frequency of 2.3GHz with the ability to overclock to 4.1GHz in turbo mode. Also, buyers will be able to optionally equip this laptop with as much as 4TB of free disk space such as SSD with a speed of over 3000MB / s, that is, we are talking about the latest generation of flash memory. Another innovation of the novelty will be a new keyboard with a “scissor” mechanism, which now can only be found in the new MacBook Air (2020) and the professional laptop MacBook Pro 16 (2019). It differs from the previously used “butterfly” in that it works significantly quieter, and also does not break down over time.

The Core i7-1068NG7 processor that will receive Apple’s new compact laptop is a chipset from the Ice Lake-U line, which Intel has not yet officially unveiled, but this should happen soon. Switching to these new processors is expected to increase the overall performance of the laptop by about 20 – 25% compared to the 2019 model, so the new product will be significantly more powerful, which means that it will take much less time to spend on solving any tasks with its help. … According to insiders, taking into account all such modifications, a top-end 13-inch MacBook Pro can cost as much as $3,000. Whether it is a lot or a little – everyone must decide for himself, but it is important to understand that for the majority of buyers of such laptops, it is a working tool with which it will be possible to earn tens of times moreover several years of its operation.