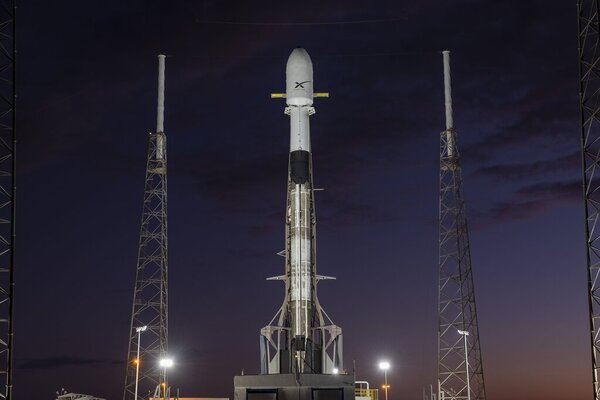 On Monday, November 11, the company of the famous developer Ilon Mask SpaceX successfully launched the Falcon 9 rocket with the maximum load in history.

On board is the second batch of 60 mini-satellites for the Starlink Internet project. On official Twitter, they published a launch video that took place on the launch pad of the SLC-40 at Cape Canaveral in the United States (to see the news scroll to the end).

According to the Alpha Centauri portal, unlike the first batch, the new satellites are equipped with not only Ku- but also Ka-band antennas. Also, SpaceX reports that now all satellite components are “100% destroyed.” That is, at the end of its lifetime in orbit, it will completely burn out in the earth’s atmosphere.

The total payload at this launch is 15,600 kg – a record for the Falcon 9. The satellites will be launched into an orbit of 280 km altitude. Further, in the case of a positive assessment, they will be raised even higher.

Starlink is a SpaceX near-Earth satellite system project for low-cost and high-speed Internet. After six launches, Starlink plans to offer services in parts of the US and Canada, after 24 – worldwide.

SpaceX launched on May 4 the Falcon 9 launch vehicle with the Cargo Dragon spacecraft to the International Space Station (ISS).