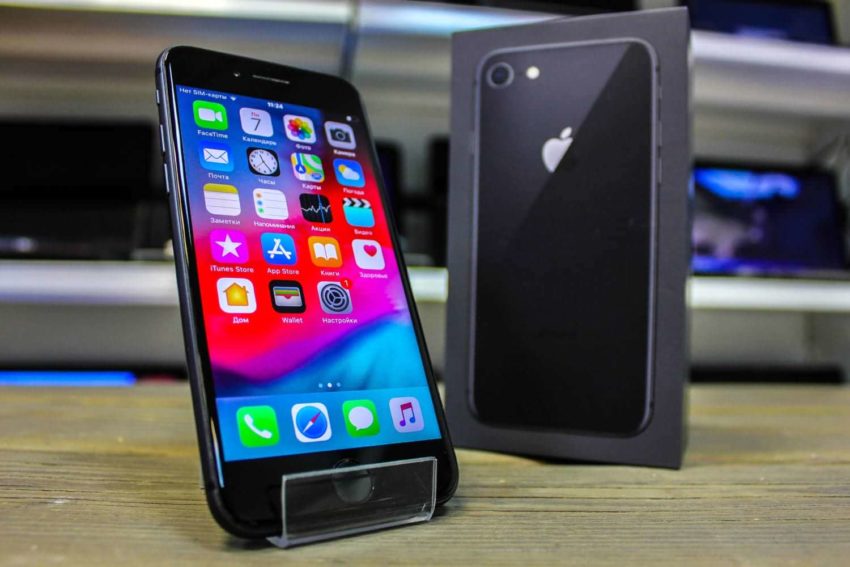 As everyone probably knows well, this spring, that is, literally in 2 to 3 months, Apple will officially unveil the successor to the iPhone SE 2, released back in 2016, that is, a very, very long time ago. Since then, technology has stepped far forward, so this device is not just outdated, but was completely discontinued. That is why now it is no longer possible even to just buy it. It will be replaced by the iPhone 9, which the apple corporation missed in 2017, introducing and launching the sale of the iPhone 8 and iPhone X. Today, January 7, 2020, a well-known insider @OnLeaks posted on the network pictures that shed light on exactly what the future novelty looks like. Frankly, it’s not very attractive, but its price tag will be extremely low by the standards of this brand’s products.

It is reported that the iPhone 9 is almost an exact clone of the iPhone 8, but the thickness of the new model is still greater. So, if the model of the flagship “apple” corporation of the sample in 2017 has dimensions 138.4 × 67.3 × 7.3 mm, then for the new product they are at the level of 138.5 x 67.4 x 7.8 mm. The increased thickness is due to the fact that in this model it was decided to install a more advanced camera and, in addition, a rechargeable battery of increased capacity in order to achieve a significant increase in terms of speed. The phone itself, which is expected to be released in the near future, has a 4.7-inch IPS screen, and right below it is a second-generation Touch ID fingerprint scanner, which is located inside the Home touch button.

There is no headphone jack in this model, so you will have to use an adapter from 3.5 mm to Lightning to connect such wires. The mobile device in the face of iPhone 9 is based on the eight-core Apple A13 Bionic processor, which is now used in the iPhone 11 Pro Max, so in terms of performance it will be one of the fastest on the market. Complement the chipset with 3 GB of RAM. Of course, Apple could have installed more, but we are talking about an inexpensive model, so she tried to save money on everything, which is completely possible. The phone’s case will turn out to be glass, being made of tempered heavy-duty glass Corning Gorilla Glass, but what specific generation, unfortunately, is not exactly known.

What camera will be installed in this device is also still unknown, because there are no details on this score, but it will definitely be single. The novelty will receive support for Qi wireless charging technology, so it will be possible to charge it wirelessly, which will surely please many users. Out of the box, an iPhone 13 operating system will be installed on the iPhone 9, and the basic version of this smartphone will cost as much as $ 399, that is, it will cost about 26,000 rubles for it, if we talk about the basic version with 32 GB of permanent memory. This is almost three times less than the cost of the iPhone 11 Pro, therefore, in connection with this, the novelty is guaranteed to be a hit, providing very high performance for a modest amount of money.