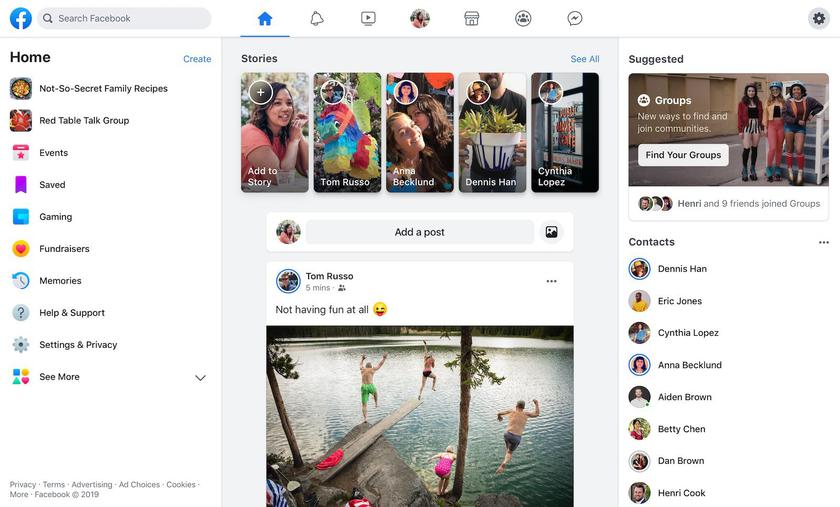 In May last year, Facebook announced the largest social network redesign. Now the updated interface is being tested in the web version of Facebook.

Now the web version is similar to the mobile one. First of all, there is no familiar blue bar at the top of the page. Now the blue color will remain only in the logo and accents, and the whole other palette will turn white. The logo itself is not square, but round.

In general, the new design is more simple and concise. Therefore, the developers call it simply – The New Facebook.

The new interface is still available only to a limited number of users. These are random people who, upon authorization, will see a notification asking them to test the new design.

After giving their consent, users will be able to send their feedback, comments and comments, as well as at any time to return to the old version of Facebook.

The new design will be available to all users by the spring of this year.