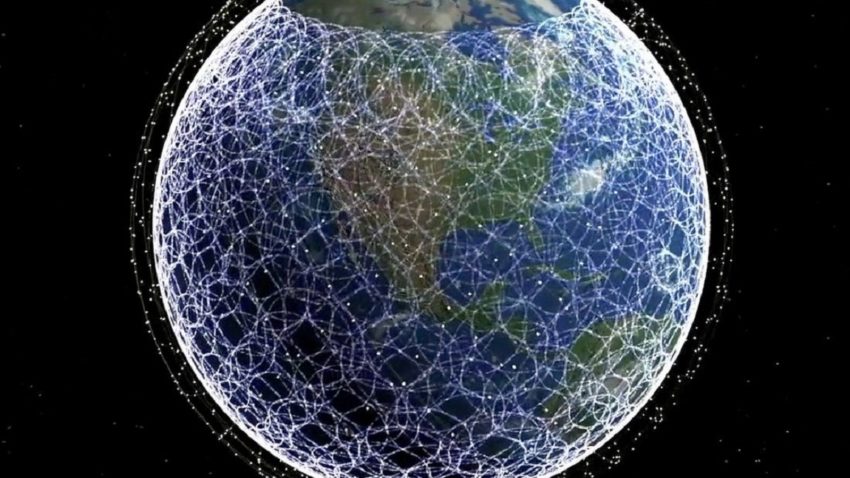 The combination of laser communications with multiple ground terminals will make Starlink’s fastest Internet service in the world. Neither the fiber-optic connection, nor the current geostationary satellites will be able to compare with it. The forecast is based on the analysis of documents submitted to the American regulator.

A week ago, SpaceX launched 60 new Starlink satellites into orbit. The first launch in the new decade: SpaceX sent into space a batch of satellites for the Internet, becoming the owner of the largest group of near-Earth satellites. During this year, another 1,400 will be added to them, and by the end of the decade, according to Ilon Mask, this figure will reach several tens of thousands.

Already this year, Starlink satellites should begin distributing high-speed Internet over the United States. To connect to it, users will need a special terminal equipped with a special antenna that resembles a UFO. You don’t need to configure the device – the terminal itself will return the antenna at the desired angle to the sky.

It is not clear how the service will work, notes Business Insider. Mark Handley, a professor of computer science at University College London, shared his assumptions about this. He relied on documents from the US Federal Communications Commission, as well as statements by Elon Musk and Gwynn Shortwell.

How the Internet will work from SpaceX

According to the scientist, most likely, Starlink satellites will be equipped with lasers for transmitting data to Earth.

This will allow you to send a signal much faster than a fiber optic network. And since the Space X groups are located at an altitude of only 550 km, the delay will be insignificant compared to geostationary devices that rotate at a distance of 36 thousand km from the Earth.

On the surface, satellite signals will be received by large SpaceX stations, as well as small user terminals. The latter, according to Handley, will not only load and unload data, but also act as critical nodes of the global network. The combination of lasers with multiple relay terminals will make the SpaceX network the fastest and most stable of the existing ones.

The more users connect to the network, the more options the system will have for laying the ideal signal path – which means that the speed will be higher.

The only obstacle to creating an inextricable global network can be the ocean. However, this problem is easy to solve by placing terminals on ships, I believe Handley.

By the way, SpaceX decided to meet astronomers who complain that satellites will interfere with observations. The company is testing an experimental paint that reduces the reflection effect.

This is a SpaceX near-Earth satellite system project for low-cost and high-speed internet. After six launches, Starlink plans to offer services in parts of the US and Canada, after 24 – worldwide. SpaceX estimates project costs to be around $ 10 billion. However, thanks to Starlink, Elon Musk intends to earn money for the development and operation of SpaceX. The company Ilona Mask is not the only one who wants to create Internet networks in orbit: several other private companies are involved in this.