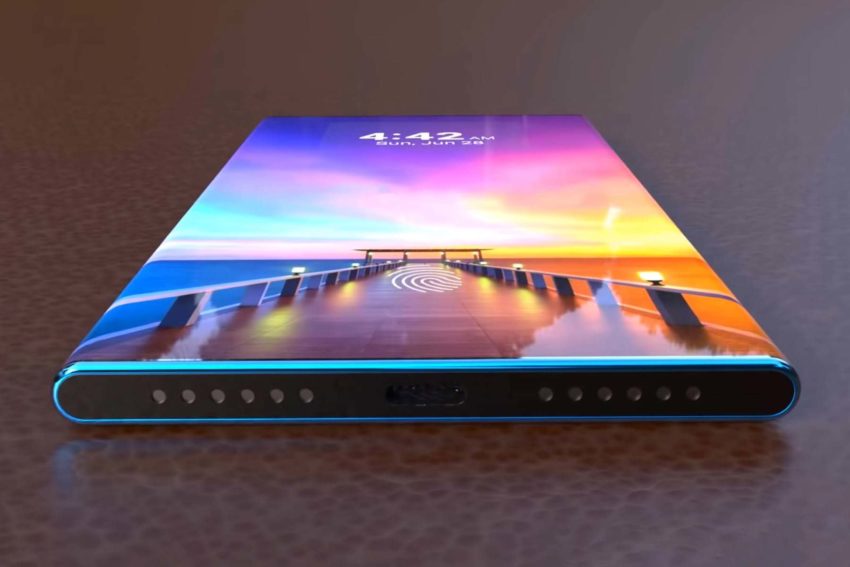 All brands do everything to ensure that their branded products are in the greatest demand, and especially in recent years, brands from China have succeeded in this regard. Today, January 15, 2020, it became known that the Chinese corporation Xiaomi has finally done what many have long been waiting for from it. She released the flagship Mi 10, which has already entered the stage of mass production, and now, at present, the manufacturing company is preparing for its presentation and is finalizing the software. The novelty should be presented to the public already in mid-February, and a few days after this event it will go on sale, so that anyone who wishes can buy it.

As it became known, the flagship Xiaomi Mi 10 has extremely attractive technical characteristics. So, this top-level mobile device boasts a large OLED screen with Full HD + resolution, in the upper left corner of which there is a small hole intended for the front camera, and it is single. The display takes up almost all the space on the front, and even the frame below is barely noticeable. This unit did not get the usual 3.5 mm jack, but it boasts a USB Type-C interface. On the back of the phone, which is made of Corning Gorilla Glass 6, there was a place for a quadruple main camera. An optics-based fingerprint scanner is integrated directly into the display.

This camera, according to preliminary data, has a resolution of 108 megapixels, with support for eight-fold optical zoom and some other advantages. The hardware basis of the flagship Xiaomi Mi 10 is an octa-core Qualcomm Snapdragon 865 processor with a frequency of 3.0 GHz, supplemented by Adreno 650 graphics and a 5G Snapdragon X55 modem, due to which this mobile device can connect to fifth-generation networks, while developing such speeds up to 5 Gb / s, that is, very, very large. The phone’s battery capacity is 4500 mAh, and it supports 66 W fast charging technology, while Qi wireless charging supports up to 30 W.

Out of the box, the Xiaomi Mi 10 has the Android 10 operating system installed in the form of MIUI 11 firmware. The phone has Wi-Fi 802.11ax, Bluetooth 5.1 LE, A-GPS, 4G VoLTE, GLONASS and NFC interfaces, the last of which can be used for payment of any purchases in stores. At first, this flagship can only be bought in China, but after some time it should go to Russia, Europe and other regions, whose inhabitants will also be able to buy it themselves. It is expected that the basic version of the smartphone with 10 GB of RAM and 128 GB of internal memory will cost customers about $450, but such a price tag will be in Chinese territory, while residents of other countries will have to pay significantly more for this flagship.