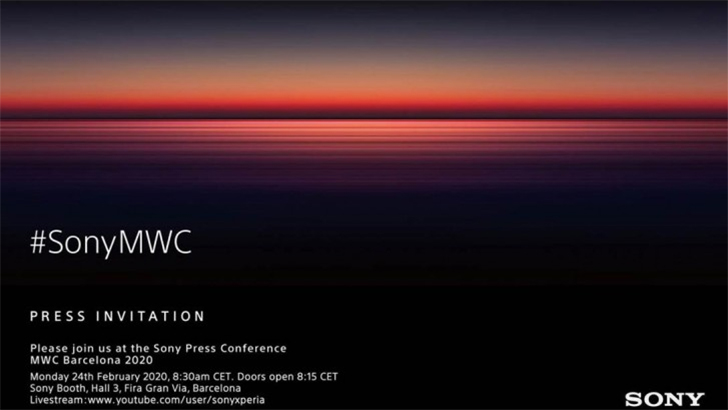 The first day of MWC 2020 will present the announcement of new Sony smartphones.

Sony has finally announced its plans for the presentation of new smartphones. The next generation of Xperia devices we will see on February 24. The event will begin at 9:30 Kiev time, it can be viewed online.

It is expected that the Japanese company will introduce the flagship Xperia 5 Plus, as well as a mid-range smartphone with the Qualcomm Snapdragon 765 chipset. Last month there were rumors about the Xperia 3 device, but this is probably just another name for the Xperia 5 Plus.

Let me remind you that the MWC 2020 exhibition will be held in Barcelona from February 24 to February 27.

Write in the comments what do you expect from the new Sony smartphones?