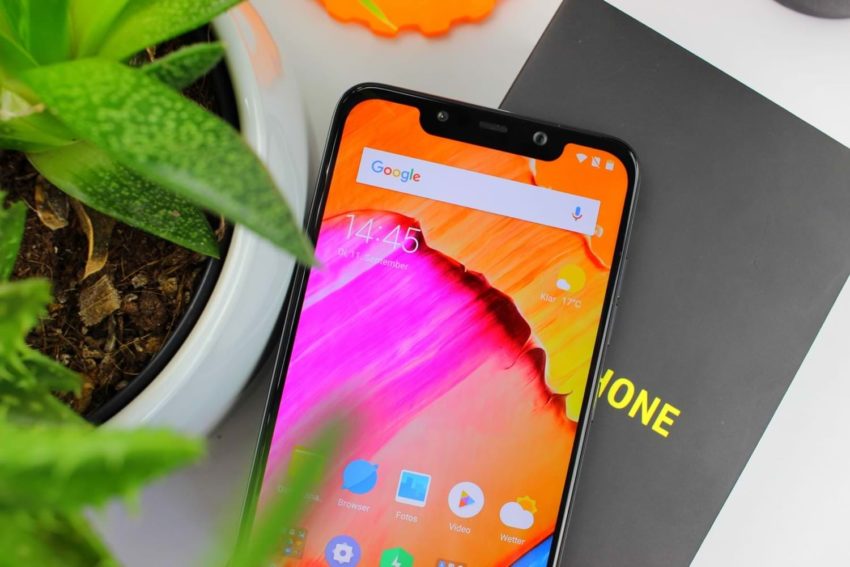 As of the beginning of 2020, only one single smartphone was released under the Poco brand, which was released in the second half of 2018. Everyone expected that over the past 2019, this manufacturer, owned by Xiaomi, will release at least one new model of its phone, but nothing happened. It would be possible to consider that this whole division turned out to be disastrous and unprofitable, but this is not so. His one-of-a-class phone called the Pocophone F1 has been a bestseller for almost a year, offering top-end technical equipment in terms of performance at the lowest price possible. However, as it turned out, the situation will soon change, because this company is going to announce two new phones at once, one of which will be the Pocophone F2e, which became known a few hours ago.

The phone with the same name appeared in the GeekBench 5 benchmark, and we tested it on January 16, 2020, due to which some details about exactly what this device can boast came into the network. Although the novelty belongs to the second generation of the company phone, however, it is built on the basis of the Qualcomm Snapdragon 845 processor with such a frequency of 2.6 GHz, which is used in the 2018 Poco F1. It is supplemented by 8 GB of RAM and 128 GB of permanent memory, as well as the Android 10 operating system from Google. The choice of such a chipset is not at all random. The fact is that the manufacturer considered it necessary to make it possible to use this partly outdated hardware due to its low cost, because in this way it is possible to ensure low cost of its new phone for all customers.

It is expected that buyers can buy a Pocophone F2e for only $ 200 and this will make this mobile device very, very attractive for a wide range of customers, especially since the novelty will cost so little on the international market , that is, in Russia, Europe and other countries outside of China. It is expected that this device will receive a triple main camera, a fingerprint scanner on the screen, a glass case, as well as USB Type-C and 3.5 mm headphone interfaces. Among the modules, users can count on Wi-Fi 802.11ac, Bluetooth 5.0 LE, A-GPS, 4G VoLTE and GLONASS, but you can’t even count on 5G support. As for NFC, there is no information on this subject, therefore, most likely, Google Pay support in this phone will not be guaranteed.

Poco itself, unfortunately, continues to remain silent. However, testing the Pocophone F2e in the popular benchmark means that this phone has already been created, which means that the day is not far off when it is publicly announced and launched for sale. AKKet.com is convinced that this Xiaomi subsidiary will take part in the annual MWC 2020 exhibition in Barcelona, ​​which will take place in the second half of February this year. This is a great place to announce new mobile devices, especially for a brand like Poco, which is inferior to many others in terms of its popularity and popularity. During the presentation about this smartphone will have to reveal all the details, starting with its appearance and ending with the cost.