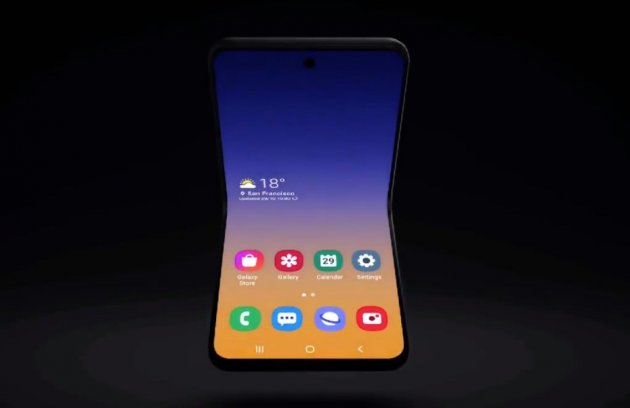 We have already seen the folding Galaxy folding phone several times, and there is a good chance that it will appear along with the S20 on February 11th. However, in the new development, we learn that it will not become the successor to the Galaxy Fold, but will be the beginning of a new line.

Earlier, we heard that the phone will be called Galaxy Bloom, because that’s what DJ Koh, the head of Samsung on his mobile phone, called him. Now, according to the famous ice universe, Bloom was just a code name with an end product to be marketed as the Galaxy Z Flip.

Last week’s Bloom nickname was backed up by a blurry photo of what looks like an official poster or, possibly, a presentation slide. This new Galaxy Z Flip name was published with the banner. Of course, there is no evidence of its authenticity, except for the excellent track record of the source.

Samsung’s upcoming folding handset is currently very mysterious. Apart from some alleged live photos and rumors of ultra-fast charging, we know very little about the specifications. More recently, we heard a rumor that Fold 2 will stick to the older Snapdragon 855 chipset.

We will keep you informed of further news, information and events on this topic.