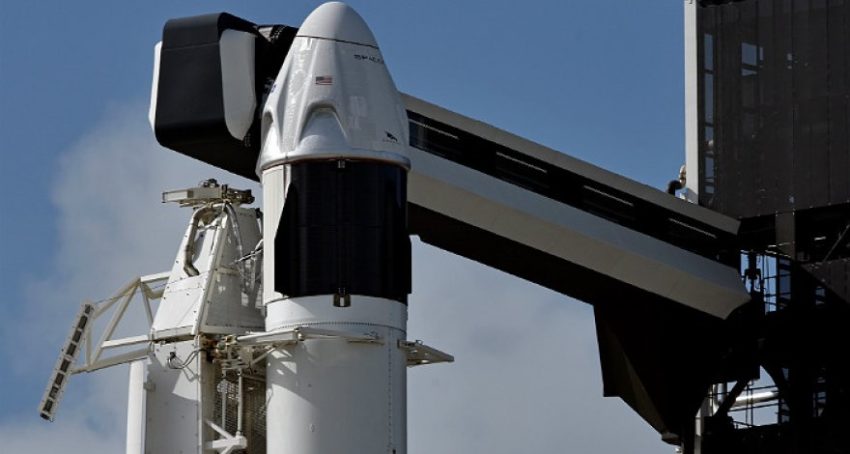 The launch with the Falcon 9 launch vehicle was carried out at 10:30 U.S. East Coast time (19:30 Baku time) from launch complex 39A at the launch site at Cape Canaveral (Florida).

The whole test lasted about 10 minutes. On board the Crew Dragon, as a crew, there were two mannequins equipped with sensors to monitor their “well-being” in flight, in particular during a four-time overload.

As part of the emergency, one and a half minutes after the launch of the Falcon 9 launch vehicle at an altitude of about 22 km, the Crew Dragon ship shot at it from the Earth at the command of the Earth. Eight reserve engines of the SuperDraco ship took him to a safe distance from the “emergency” rocket and raised it to a height of 42 km. Then the cargo compartment was disconnected from the ship, and the descent capsule began the descent for splashdown in the Atlantic 30-35 km from the cosmodrome at Cape Canaveral.

On the descent capsule before splashdown, all four parachutes opened. A rescue ship headed for the landing area.

For testing, a ship was used that had previously been in orbit.

As a result of a successful test, the Crew Dragon ship can be certified by NASA for manned flights to the International Space Station.