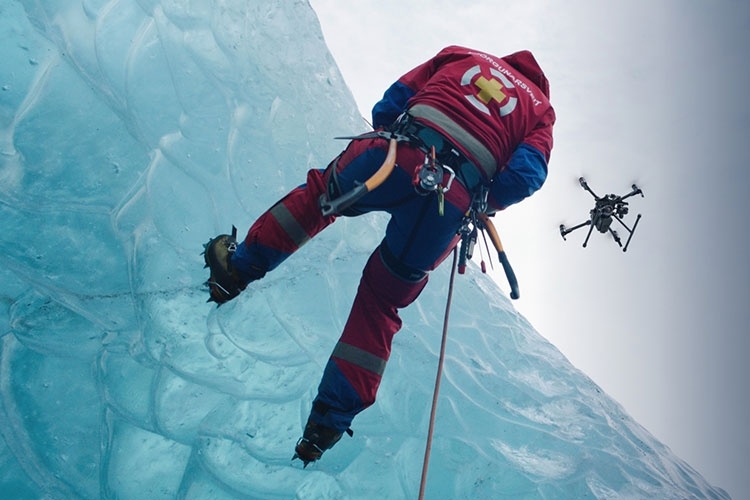 Resource DroneDJ, having visited CES 2020 in Las Vegas, learned some details about new products in the drone industry. In particular, some informants told reporters that the new DJI Matrice 300 industrial drone will be released in late February. It seems that DJI realized that after several reports of drone failures DJI Matrice 200/210 (released 3 years ago at the end of February), the time has come to launch an updated and improved version. In the days following CES, DroneDJ reporters confirmed these rumors from another source.

The DJI Matrice 200/210 series is very popular among search and rescue teams, fire and police departments. However, over the past two years there have been a number of reports that reported the fall of these quadrocopters as a result of failures. Recently, these incidents led the British accident investigation department to find that DJI Matrice 200 “all-weather” drones used by the police fell from the sky in the rain due to technical problems.

It seems that DJI is working to solve these problems and is preparing to launch updated models of the DJI Matrice 300 family. Various DJI employees from around the world are currently visiting DJI offices in China to learn more about this new industrial drone.

It will be interesting to see how the new Matice 300 will be met by rescue services, fire brigades, police and other specialized organizations – many of these departments have recently been using more compact and less expensive drones. Mobility, ease of use and cost are very valuable options that sometimes outweigh the benefits of more professional technology in favor of solutions like DJI Mavic 2 Enterprise Dual.

Today, there are quite a few good analogues of compact DJI drones like the V-Coptr Falcon bicopter, which can stay in the air for up to 50 minutes; Autel EVO II with support for recording 8K-video and other very interesting features; or a very “smart” Skydio 2 with a Tegra X2 chip. They can also get “industrial” modifications. So the DJI Matrice 300 will have to enter a completely different market than its predecessor several years ago. The benefits must be undeniable to attract the attention of professionals.