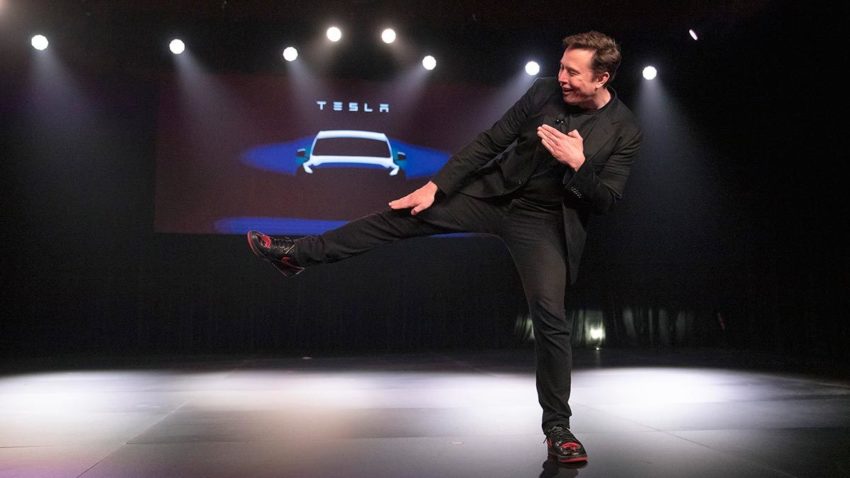 Ilona Mask has improved results, but competition in the electric car market is growing

The rapid growth of Tesla shares in recent months has taken by surprise many investors who have been betting on quotes. Back in June 2019, its shares were worth $179, and the market capitalization was approximately $32 billion. But now it is approaching $100 billion, and this promises a generous reward to the general director of electric vehicle manufacturer Ilon Mask.

January 14, Tesla quotes rose to $538; however, by the close of trading on Friday, January 17, shares fell to $510.5, capitalization was $91.8 billion. If quotes reach $554.8, the company will cost $100 billion. Tesla – the largest US automaker: Ford Motor and General Motors capitalization is $36.3 billion and $50.8 billion, respectively. Her leadership indicates, in particular, how strong investors’ faith is in the fact that electric cars will force cars with an internal combustion engine out of the market. True, Tesla is still far from Toyota Motor with its capitalization of $195 billion.

If Tesla’s value lasts at $100 billion six months, Musk will receive a block of shares of nearly $350 million. And the total amount of remuneration that he can get if he reaches certain goals by 2028 is $50 billion. In particular, Tesla’s market capitalization should be At this point, grow to $650 billion.

The situation is much worse for those who did not believe in the company of Mask. According to S3 Partners, losses incurred since the beginning of the year by investors betting on lowering Tesla’s stock quotes have already exceeded $3.27 billion. But over the past six months, there have been fewer such skeptics, writes the Financial Times (FT). If in mid-2019, 43.7 million, or 24%, of the company’s shares were used in short positions, then by the end of the year their number decreased to 26.3 million, a minimum for 10 years. This is due to the fact that more good news began to come from Tesla.

Less than a year ago, there were rumors about the possible bankruptcy of Tesla, and Musk did not want to attract additional funding. But in May, the company issued new shares and convertible bonds worth more than $2 billion. This strengthened its financial position, and in the following months, it resolved its operational problems. As a result, in the third quarter of 2019, Tesla unexpectedly received $143 million in net profit after a $1.1 billion loss in the first half of the year. In November, Musk announced plans to build the first European Tesla plant near Berlin. And in January, the company began supplying Chinese customers with Model 3 electric cars assembled at its factory near Shanghai. Jefferies analyst Philip Wushua explains the change because Musk abandoned overly ambitious plans and focused on streamlining the production process.

Pierre Ferragu, a New Street Research analyst, believed in Tesla most of all. Back in mid-2018, he predicted that its shares would go up to $530. Now he says that their value could rise to $2,000. But Ferraguo warns that Tesla could become another carmaker with low margins and mediocre market capitalization if it loses its competitive edge in technology. If Tesla manages to keep it, it will occupy 30% of the electric car market by the mid-2020s, he said.

Tesla is now facing serious competition for the first time, as major automakers are increasingly investing in electric cars. For example, on January 16, Fiat Chrysler Automobiles and Taiwanese Foxconn announced the creation of a joint venture that will develop and produce electric cars. “If there are too many players and competition in the industry, [Tesla] will lose all its advantages,” says Ushua (quoted by FT).