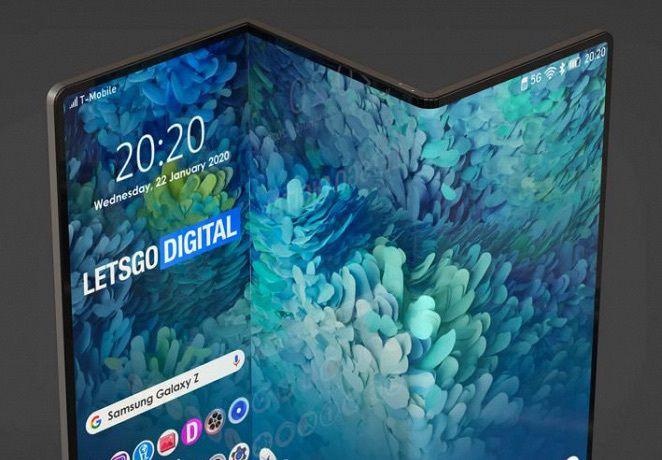 Frankly, it looks better than its predecessor

Just recently it became known that Samsung will soon show not only the flexible clamshell Galaxy Z Flip, but also a full-fledged continuation of last year’s Galaxy Fold. Now the network has high-quality images of this new product.

The source of materials was the popular thematic resource LetsGoDigital, which is not the first time sharing with the public high-quality images of upcoming new products. So this time, the resource published the design of the Galaxy Fold Z, based on past patents of the South Korean company, as well as fresh device leaks.

As you can see, unlike last year’s Galaxy Fold, the novelty will be able to fold as much as three times, which will allow the device to have a much larger diagonal than before when unfolded. Also, according to the latest rumors, Samsung’s new flexible device will cost more than last year’s version, though there is no information on the network about the final price of the Galaxy Fold Z.

As for the first demonstration of the new product, it is likely that it will take place in the very near future – as part of the MWC 2020 exhibition in Barcelona at the end of February this year.