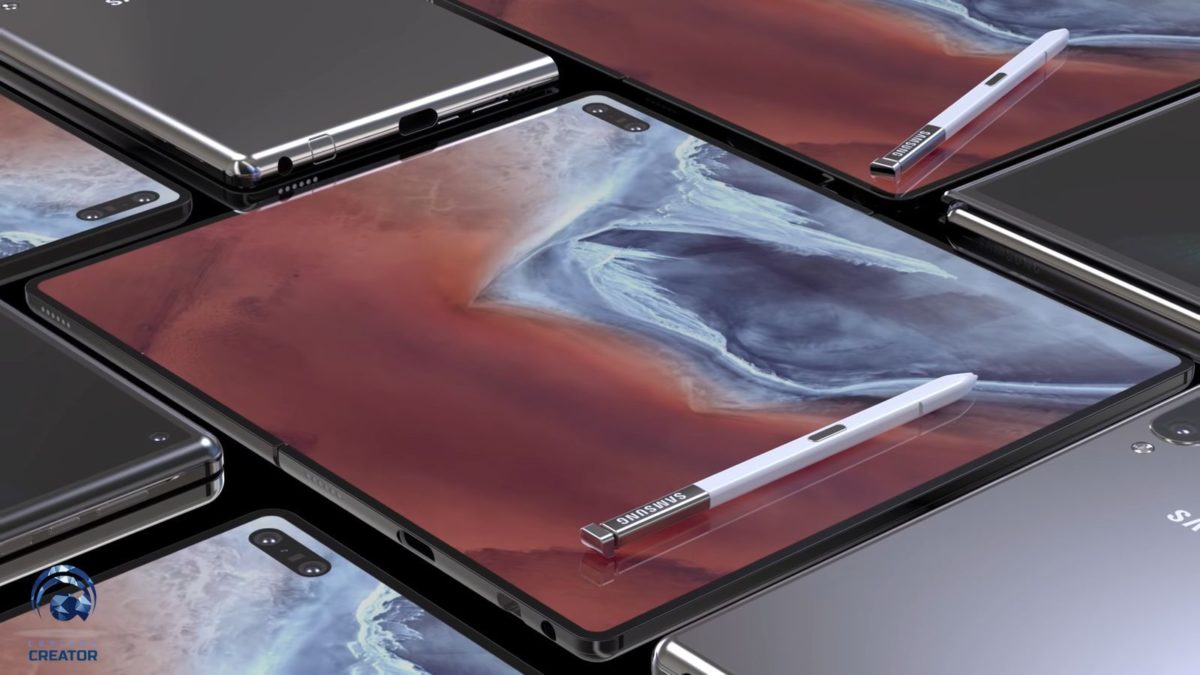 It will become an alternative for galaxy note

According to the Korean media, Samsung is already actively working on the next version of its first folding smartphone – Galaxy Fold 2. According to The Elec, the new product should receive an enlarged internal screen compared to the 7.3-inch one from its predecessor. Nevertheless, the presence of a stylus is much more interesting, which will make the new gadget a real alternative for the Galaxy Note line.

The Elec emphasizes that the design of the Samsung Galaxy Fold 2 is unlikely to differ from its predecessor. Moreover, it most likely will also use a special glass substrate, which was first seen in the Samsung Galaxy Z Flip. It is needed so that the flexible screen does not bend during taps – this is, among other things, important when using the stylus.

Today, Samsung can not cope on its own and is looking for additional suppliers for interior glasses designed for flexible screens. The Elec hints that if the production of these components does not work out, then there will be no sense in supporting S Pen. Many believe that the glass that has become a component of the Samsung Galaxy Z Flip flexible screen is designed to increase its durability. But it is not so. In contrast, the flexible screen protection used in the original Samsung Galaxy Fold is better suited for this. Glass is necessary precisely for convenience – so that your finger does not fall into a soft screen. The Elec says that today Samsung is trying to combine flexible protection from a transparent polyimide film with ultra-thin glass to increase convenience, but not to sacrifice durability for it.

The Galaxy Fold 2 will be Samsung’s most impressive smartphone with the largest screen with a diagonal of about 8 inches. Nevertheless, it will obviously lose to other flagships of the Korean manufacturer in terms of camera quality. Samsung also wants to make it as thin as possible when closed, so not one of its halves will have room for a giant 108-megapixel matrix, which is already used in the Samsung Galaxy S20 Ultra. The most advanced camera technology according to Samsung is likely to be used already in the Galaxy Note 20, and not in the Galaxy Fold 2. However, The Elec is confident that Samsung will still install a decent level camera in the new folding smartphone, because In this regard, she has more than enough experience.