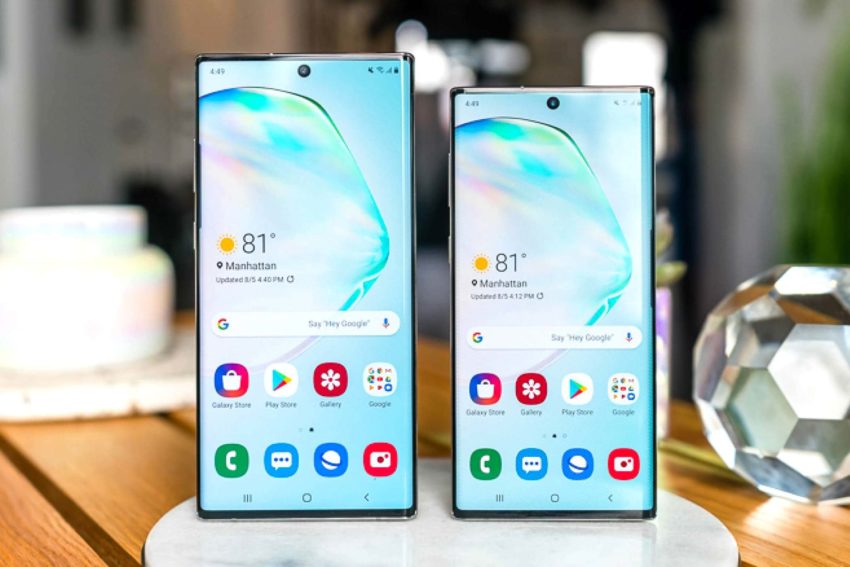 Currently, it is Samsung’s flagships that formally assigned the title of the best smartphones in the world among all available on the market, because they offer a lot of opportunities, albeit at the same time they are extremely expensive. However, on January 27, 2020, that is, a few hours ago, the situation changed dramatically, and this happened for the simple reason that this electronics manufacturer brought down the price of its flagship phones, making them much more affordable in all respects than ever earlier. Due to this, they can now be bought on much more favorable and attractive conditions, because they all became much cheaper, and not at some miserable 5-10% of their original price.

Due to the fact that the Galaxy S20 will soon be introduced, as well as in connection with the availability of the affordable Galaxy Note 10 Lite, Samsung considered it necessary to make the flagship Galaxy Note 10 and Galaxy Note 10+ significantly more accessible to all customers, bringing down their price. We are talking about an extremely powerful reduction in prices, and this is true for the official store of the brand from South Korea, and we are talking about those versions of phones that do not have any kind of connection with the service provider, that is, making a purchase of this mobile device will be possible easily and simply buy it, which means to use it in any country in the world with any SIM card from absolutely any telecom operator.

Starting today, you can buy Samsung Galaxy Note 10 in the basic configuration with 256 GB of permanent memory for not $ 950, how much it was sold before, but only for $540. The Galaxy Note 10+ model with the same amount of flash memory now costs only $640, although a few days ago it was asked for $1,200, that is, significantly more. The cost reduction of a model such as the Galaxy Note 10+ 5G was not spared, because it fell in value from $1300 to $1040, that is, extremely significantly. The new prices have already entered into force, and they will have to be maintained at that level on an ongoing basis, if in the future this manufacturer, of course, does not want to make its phones more accessible to all customers again.

It is interesting that Samsung itself on its official website in the USA indicates the reduced price not as a permanent offer, but as a discount, but this one has no specific expiration date. Similarly, this manufacturer is probably trying to stir up interest in his phone, because it’s quite obvious that since the stock may actually end at any moment, it means that buyers will think less about the purchase, being ready to pay as soon as possible. It would be great if this brand stopped selling its phones at deliberately high prices at the start of sales, lowering prices to thereby compete with products from Chinese electronics manufacturers, whose products are no worse, but much cheaper.