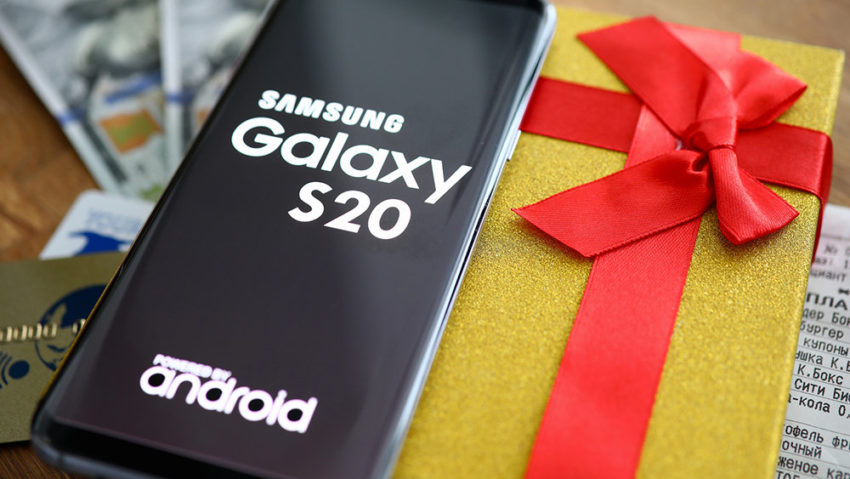 The premiere of new models from the Galaxy S series has been an important event for the entire industry for many years – at the beginning of the year it answers the question of what to expect from the best smartphones. It also answers the question of whether Samsung is still playing in the Premier League and whether it is in the foreground in terms of technological flagships. Samsung’s new products are the Galaxy S20, Samsung S20+ and Galaxy S20 Ultra 5G. Here is what we can tell about them.

The most characteristic design element of the Samsung S20 series is the placement of cameras on a rectangular island in the back of the case. This is no longer a narrow horizontal or vertical strip, but rather resembles what we saw in the Pixel 4 and iPhone 11. The case is made of two curved glass panels with a metal frame. In the hand, the phone evokes a sense of monumentality and reliability. The smallest Galaxy S20 is the equivalent of the S10e – an offer for people who value small and comfortable phones. Its dimensions are 151.7×69.1×7.9 mm with a weight of 163 grams. Compared to the S10e, the new S20 is equally narrow, but noticeably longer. All three new phones have a sealed housing in accordance with IP68. The biometric security features of the phone include an ultrasonic fingerprint scanner below the screen and an unlock by face recognition, but without additional protection in the form of a three-dimensional scan. The phones will be available in four colors: black, graphite, blue and pink. It is a pity that Samsung decided not to use frosted glass, which would hide fingerprints. In this regard, the blue and pink versions look much better, partially hiding traces of touch.

The smallest S20 has a 6.2-inch screen, the S20+ has a 6.7-inch screen, and the largest S20 Ultra has a diagonal of 6.9 inches. All three models have screens made using Dynamic AMOLED technology with Quad HD + 3200×1440 resolution and HDR10 + support. The pixel density is 563PPI for S20, 525 PPI for S20+ and 511 PPI for S20 Ultra, respectively. The screen is one of two aspects of the new Samsung phones in which we will find most of the changes. First of all, it has clearly narrower frames than before. Also, the recess for the front camera is much smaller.
There is a dark system theme that switches for the first time with smooth animation.

Cameras along with the screen are the second set of the most important changes in the new Samsung phones. According to Samsung research, the camera is the main motivation for replacing the phone with a new one. The three main problems that users mention about the camera are blurry night photos, the difficulty of capturing photos in motion, and insufficient magnification. Cameras are also one of the few elements that distinguish certain models of S20 series phones.

The base Galaxy S20 has the following cameras:

Galaxy S20+ has exactly the same set of cameras, expanded by the fourth lens, which is a 3D rangefinder and is used to determine the depth of the scene.