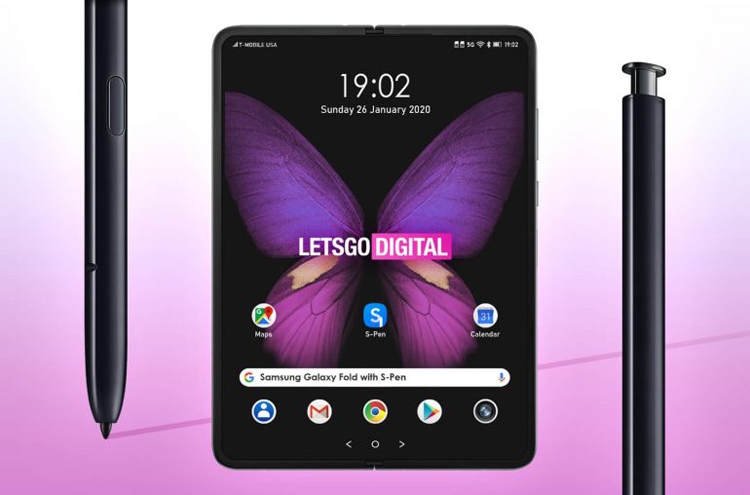 The second generation of the original folding smartphone Samsung Galaxy Fold will appear in the second half of the year, and insiders are already starting to talk about this device.
Recently, some of its characteristics have been disclosed, and now based on early patents, rendering images have been created.

Resource LetsGoDigital discovered patents and a description of a folding smartphone with a stylus from Samsung, and based on them, renders were made.

The new Galaxy Fold will fold along the horizontal axis and a stylus will be supplied with it.

The smartphone will be based on the Snapdragon 865 processor and 12 GB of RAM. The flash drive in the device will be installed at 512 GB, and the main camera will be used at 108 megapixels.