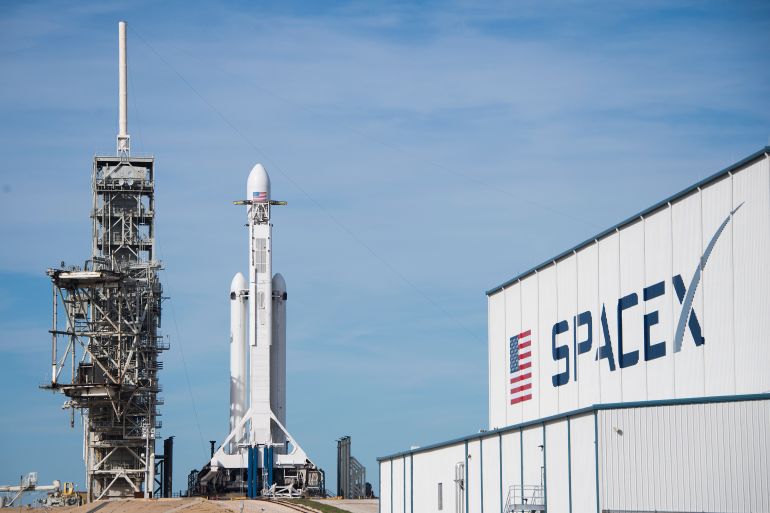 The launch of the next batch of 60 satellites of the global Starlink Internet coverage network, which was planned on Tuesday, was postponed to January 29, SpaceX said.

The delay in launch was dictated by the persisting bad weather conditions for landing the first reusable stage of the SpaceX Falcon 9 heavy launch vehicle on a floating platform in the Atlantic. For this reason, the launch, which was planned to be carried out last Tuesday, has already been postponed three times.

“Due to bad weather in the area of the rescue operation, we now plan to launch Starlink satellites on January 29 at 09:06 (according to the US East Coast (17:06 Moscow time),” the report said.

This should be the fourth launch into the orbit of a group of Internet satellites in the framework of the Starlink project. The first 60 satellites were launched at the end of May 2019, the second in November last year, and the third in January 2020. Given the upcoming launch, the Starlink orbital constellation should be 240 spacecraft.

SpaceX plans to deploy an orbital constellation of 12 thousand spacecraft of this type to create a full-blown network that will provide Earth’s inhabitants with broadband Internet access anywhere in the world. It is assumed that all of them will be put into orbit after 2020. The total investment for the project is estimated at $ 10 billion. In the future, it is planned to launch more than 30 thousand Starlink system satellites.

The owner of SpaceX, Elon Musk, said that to ensure minimum coverage, at least six missile launches with 60 satellites, that is 360, will be required, and for the average, 12 launches, which will create a group of 720 devices.

SpaceX is one of a number of companies seeking to place large orbiting constellations of satellites in orbit to provide global Internet coverage. Among them are OneWeb, Telesat, LeoSat and Amazon.