Skip to content
Hot Tech News > News > Technology > Electric cars > There are more and more electric cars, but what about battery recycling? 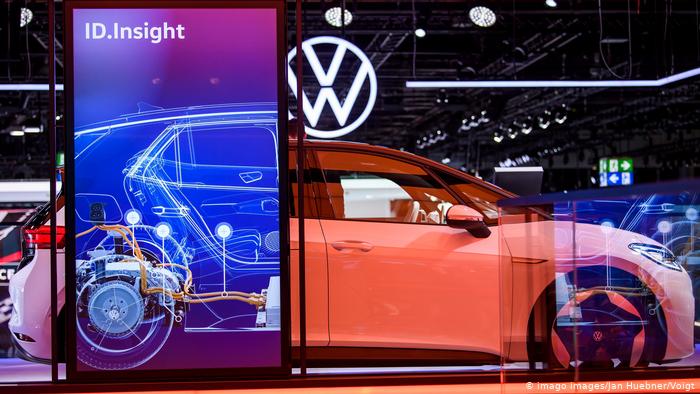 Battery recycling – for the sake of ecology and raw material safety: Audi is starting to reuse cobalt and nickel, but in general the European auto industry is still lagging behind its competitors from China.

The boom of electric vehicles is growing in the most important automobile markets on the planet; many states are actively stimulating their sales with subsidies and tax benefits. This is mainly done to protect the global climate and improve the environment. At the same time, the key component of such cars, batteries (batteries), contain toxic substances and, without proper disposal, can cause considerable damage to the environment. Judging by the Russian media and social networks, Russia has a strong impression that few people care about this problem, including in Europe.

Massive battery disposal will be needed only in the late 2020s

“This impression is erroneous,” assured DW Wolfgang Bernhart, an automotive expert and senior partner at Roland Berger, a leading German consulting company. . Therefore, the issue of their disposal or recycling has not yet been in the focus of public attention.

According to the expert, this question will come up in Europe with sharpness no earlier than 2028-2030, because the batteries for electric vehicles that will massively enter the German and European market in the next two or three years will still have to exhaust their resources.

Thus, Wolfgang Bernhart believes that the latest batteries will last at least 8 years. A guarantee for just such a period (or 160,000 kilometers) is received, for example, by buyers of the Volkswagen ID.3 electric car, the mass production of which VW, the world’s largest automaker, began at the end of 2019. So the Europeans still have time to establish recycling or even completely waste-free production of batteries.

Moreover, “the European Union already has clear instructions on this matter,” the source said, DW pointed to the EU “battery and battery directive” adopted by 2006 and updated in 2008 and 2013 under the number 2006/66 / EC. It replaced the directive of 1991, adopted by the European Economic Community, the predecessor of the European Union, and finalized in 1993.

So the European Union has been dealing with the problem of recycling traditional batteries and accumulators, which, having just gone to a landfill, poison the environment and groundwater, for almost three decades. And the most visible result of this work is a strict ban on throwing away ordinary batteries with household garbage and a steady habit that has developed among the general population of the population to abide by it. Residents of Germany, for example, most often bring them to supermarkets, where special containers are installed.

Frequent revisions of the directive indicate that it is regularly updated in accordance with the development of technology. And now, according to Wolfgang Bernhart, it is being processed again in Brussels in order to be adopted in the new edition in the 1st quarter of 2020. Then the EU countries will have to integrate it into their national legislation. The expert expects, in particular, the tightening of the norm, according to which at least half the mass of the battery should be recycled.

Recycling at the Volkswagen Salzgitter plant

Responsible for battery recycling, according to the directive, the one who introduced them into circulation, therefore – auto companies. “For ten years now, Volkswagen engineers have been working on how we can reuse raw materials. This is primarily about cobalt, lithium, manganese and nickel,” says Thomas Tiedje, top manager of the concern.

At the VW factory in Salzgitter, where in 2019 the production of rechargeable batteries for electric vehicles began, a pilot project for their recycling starts in 2020. At the first stage, it is planned to utilize 1,200 tons per year – this is about 3,000 batteries, then the capacities will gradually increase.

Volkswagen, like Wolfgang Bernhart, proceeds from the assumption that a large influx of used batteries will begin only by the end of the 2020s. Currently, VW is reusing 53% of the materials contained in them, after putting the plant into operation in Salzgitter, this figure should increase to 72%. The ambitious long-term goal of the concern management is to turn up to 97% of the battery into secondary raw materials.

Audi is also striving for non-waste production, although so far only in two metals. At the end of 2019, the company announced that “over 90 percent of the cobalt and nickel from the batteries for the Audi e-tron electric vehicle can be reused.” This is the result of testing the technology developed by this daughter, VW, together with Belgian specialist in the field of recycling Umicore.

After a successful test phase, the partners agreed from January 2020 to establish a closed production cycle for cobalt and nickel: both metals will be “mined” from used batteries and used in the production of new ones. “Audi has been dealing with its recycling issues since the start of the development of its first all-electric car,” the company’s press service said.

Audi launches the e-tron electric SUV at its factory in Brussels, where Umicore is headquartered. This is now, explained Wolfgang Bernhart, the only major European company in the field of battery recycling, the rest of the companies are much smaller.

For example, the German Duesenfeld from Braunschweig, claiming that its grinding technology can convert up to 85% of a used battery into recycled materials. “We recycle without burning graphite and electrolyte,” says Christian Hanisch, CEO.

In contrast to the highly fragmented and (so far) not very large European market for battery recycling, Wolfgang Bernhart pointed out in an interview with DW that the Chinese recycling industry is much more powerful, and its foundation is made up of a number of large companies. They grew up on the recycling of lithium-ion batteries from consumer electronics, have already become important suppliers of recyclables for local manufacturers and are now more and more active in electric car batteries, because the widespread use of electric cars began in China earlier than in Europe, and there already significantly more.

In an article on Roland Berger’s website, Wolfgang Bernhart expresses concern that Europeans, who are already behind Asian competitors (not only China, but also Japan and South Korea) in the production of batteries for electric cars, now run the risk of being left behind in the field of their disposal, and this, the expert is convinced, is one of the “markets of the future.”

Of course, state support in the form of, say, quick integration of the new version of the EU directive into national legislation would not hurt the young industry, however, market forces are quite capable of independently ensuring the development of the industry, Wolfgang Bernhart believes.

After all, battery recycling is needed not only for environmental, but also for economic reasons: the role of reuse of rare materials will increase as they become more expensive in the face of the boom of electric mobility. Raw material security also plays an important role – too much dependence on suppliers should be avoided, including from countries in Asia, Africa and Latin America.

In any case, the interlocutor of DW is sure that electric cars with toxic batteries are not threatened by randomly creeping around the world, as happens with old and often emergency cars with internal combustion engines, which then rot in landfills or somewhere in the woods.

A strict battery marking and tracking system has already been introduced in China, the German expert emphasized, Europe will certainly follow this example and will surely follow it. And it is unlikely that anyone will want to take out old and emergency electric cars to developing countries that do not have an extensive system for recharging them.