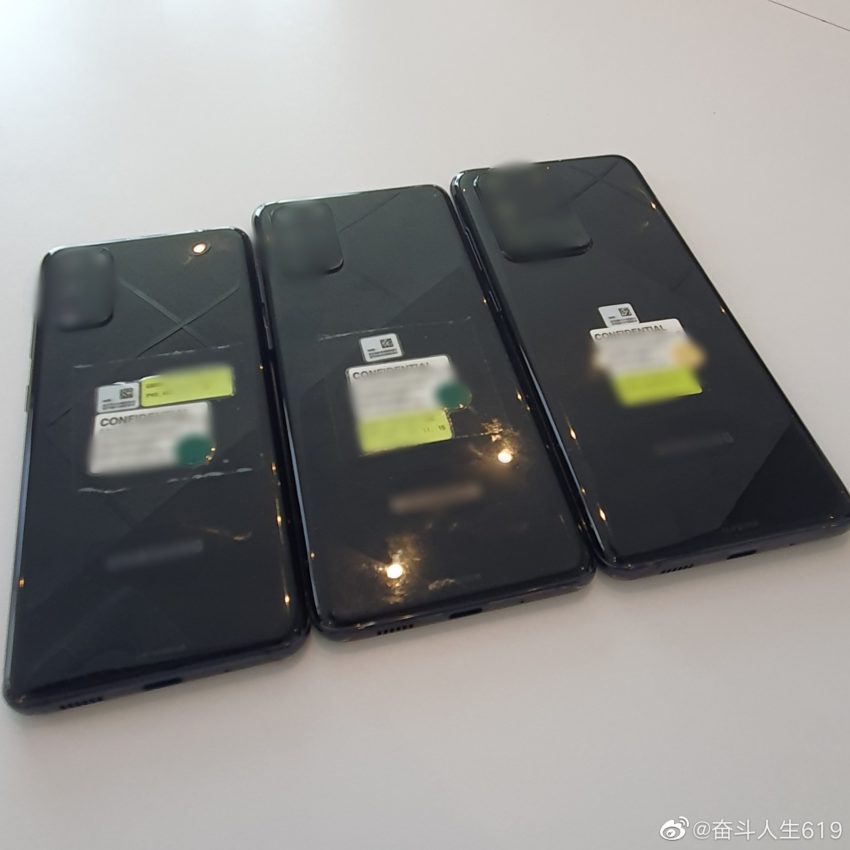 Samsung Galaxy S20 + managed to light up on photos from many angles, but the other two options so far remained outside the camera lenses. But today in Chinese social networks, a picture is published where the Galaxy S20, Galaxy S20 + and Galaxy S20 Ultra pose together, side by side. All are made in black, all have stickers about the need to maintain confidentiality (ha ha!). Unfortunately, the camera is blued, but its shape, the height of the protrusion from the body, the area occupied on the back surface. The difference in dimensions also appeared. Recall, according to the actually confirmed data, the Galaxy S20, S20 + and S20 Ultra will receive 6.2 ’’, 6.7 ’’ and 6.9 ’’ ’Dynamic AMOLED panels with a front facing hole in the center, respectively.