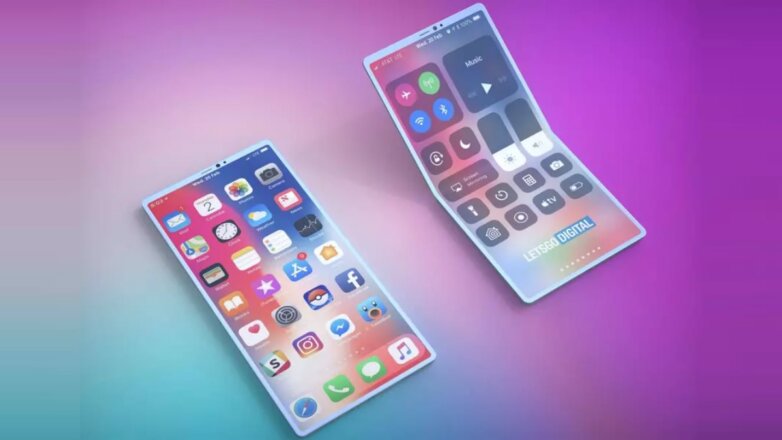 Apple has patented another invention – a design that could save a foldable smartphone from the fold lines on the screen. This decision is described in patent documentation published by the United States Patent and Trademark Office.

Apple suggests using a hinge mechanism that allows the middle of the display to protrude outward. In this case, the bend curve is increased, and part of the screen is placed in a special empty place. Thanks to this mechanism, no wrinkles remain on the display of the flexible device. However, it is worth noting that a patent for a new technology does not mean at all that it will be put into mass production, reports appleinsider.

Earlier it became known that Samsung has patented a smart speaker with a flexible panel. When opened, the screen acts as a touch panel capable of displaying various information, and the “smart” column itself has the shape of a cylinder. While the gadget is just a patented concept. Experts do not give unambiguous predictions about its future in the digital market, but recall that Samsung was one of the first developers of flexible panels.