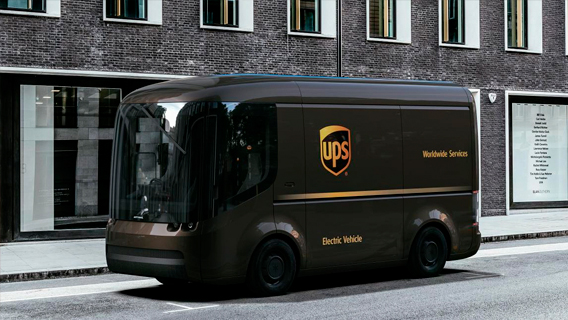 Arrival, a UK-based electric van manufacturer, received its first large order from United Parcel Service (UPS) to supply about 20,000 light commercial vehicles with zero emissions in the amount of €800 million.

Carlton Rose, head of UPS fleet design and maintenance, said these vehicles will be one of the most advanced package delivery vehicles in the world.

Vans will be delivered to the customer in the UK, North America, and Europe, starting this year until 2024. Later, UPS will have the opportunity to renew the order for another batch of 10 thousand cars. The company has already made a firm order for 10 thousand electric vehicles worth € 40 thousand each.

It is noted that Arrival was founded by Russian billionaire and former Minister of the Government of the Russian Federation Denis Sverdlov. Two weeks ago, he announced that Kia and Hyundai had acquired a 3% stake in the company in the amount of € 100 million. Both companies valued the startup at € 3.3 billion. Thus, Arrival became the first British automobile “unicorn”.

Arrival’s unexpected sales growth took the British auto industry by surprise, as earlier investments in the sector stalled sharply amid uncertainty about Brexit. At the same time, traditional automakers have been hit by declining demand for diesel vehicles and high investment costs in electric cars with zero carbon emissions.