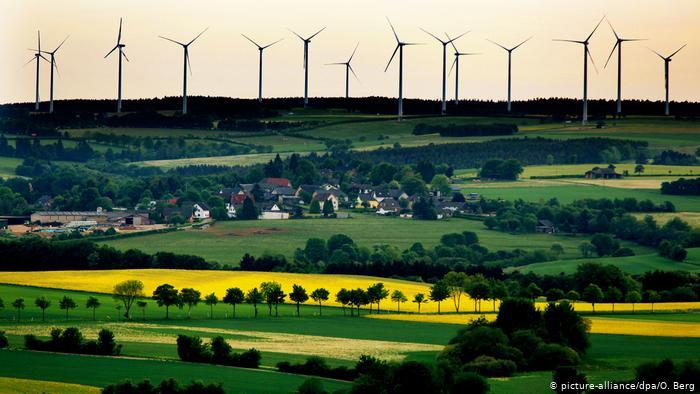 A number of businessmen in the world have earned billions by offering technical solutions to tackle climate change. The wealth of the ten richest of them totaled $61 billion by the end of 2019, Bloomberg reported on Wednesday, January 22.

The first on the list are four owners of the Chinese company CATL, which produces batteries for electric vehicles manufactured by Daimler, Toyota, BMW and Volvo. Its cost is 16.7 billion dollars.

In second place is American Elon Musk, founder and head of the electric vehicle manufacturer Tesla. His “green” state, according to Bloomberg, is estimated at $14.6 billion.

In third place, the agency put the German Alois Wobben (Aloys Wobben) with a fortune of 7.3 billion dollars. Wobben founded Enercon in 1984, a manufacturer of turbines for generating electricity from wind power. In 2018, Enercon installed more than half of all new wind generators in Germany.

The fourth on the list is Australian Anthony Pratt, the owner of the Australian company Visy Industries and the American Pratt Industries, producing recycled paper and packaging materials. The companies own their own power plants, supplying production with clean energy. Pratt’s fortune is estimated at 6.8 billion dollars.

Fifth and seventh places are occupied by Chinese companies Longi and Hangzhou First Applied Material, the state of owners of which is estimated at 3.4 and 2.9 billion dollars, respectively. Both work in the field of solar energy. Longi produces single-crystal solar panels to satisfy a quarter of the global market demand, while Hangzhou First Applied Material produces solar panel film. According to the company, it controls more than half of the global market in this segment.

In sixth place – Spaniard Jose Manuel Entrecanales. His “green” condition is estimated at 2.9 billion euros. Entrekanales reorganized Acciona, a construction company founded by his grandfather, into a producer of electricity using wind, solar, water, biomass, and thermal sources. The company produces electricity to supply 6 million households; in 2018, this business accounted for more than 60 percent of Acciona’s revenues.

In eighth place is Wang Chuanfu ($2.4 billion), owner of BYD, China’s largest electric vehicle manufacturer. Closing the top ten are the Thai company Energy Absolute and the American Nikola Motor. The first one produces biodiesel, and also created and started production of the first electric car in the country. The second specializes in the production of hydrogen-powered cars.

Moreover, as Bloomberg notes, the carbon economy still dominates the world. Owners of oil companies, technology and traditional automobile concerns make up more than a quarter of the 500 richest people in the world. And the most expensive company in the world today is the Saudi oil concern Saudi Aramco, whose capitalization is $1.8 trillion.