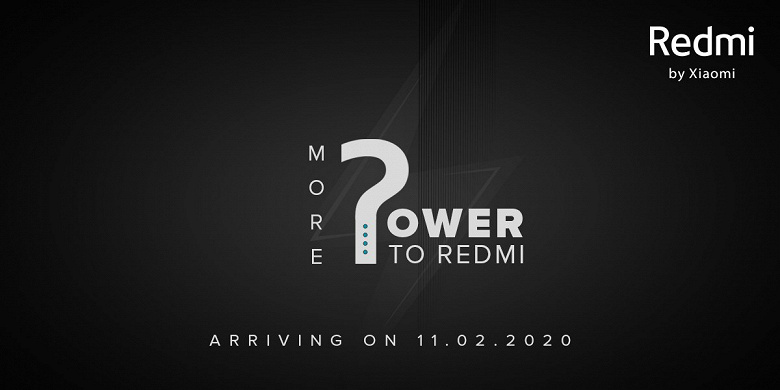 Redmi has officially announced that a press conference on the announcement of the new product will be held on February 11 this year.

The company did not disclose details about the new product, inviting fans to share their assumptions about what exactly Redmi is going to present on the day when Samsung announces the Galaxy S20 line.

The most likely assumption is the flagship smartphone Redmi K30 Pro, which will be equipped with a single-chip Qualcomm Snapdragon 865 system.

Fans also believe that the manufacturer can show a new capacious external battery Redmi Powerbank, as the question mark shows four LED indicators that are usually present on such devices. Although some believe that these four points may indicate the four modules of the main camera.

Another version indicates the announcement of an inexpensive smartphone line Redmi 9, possibly Redmi Note 9 or Redmi 9A. But they are weakly associated with the words Power, which focuses on the teaser.

In any case, we will know all the details very soon.