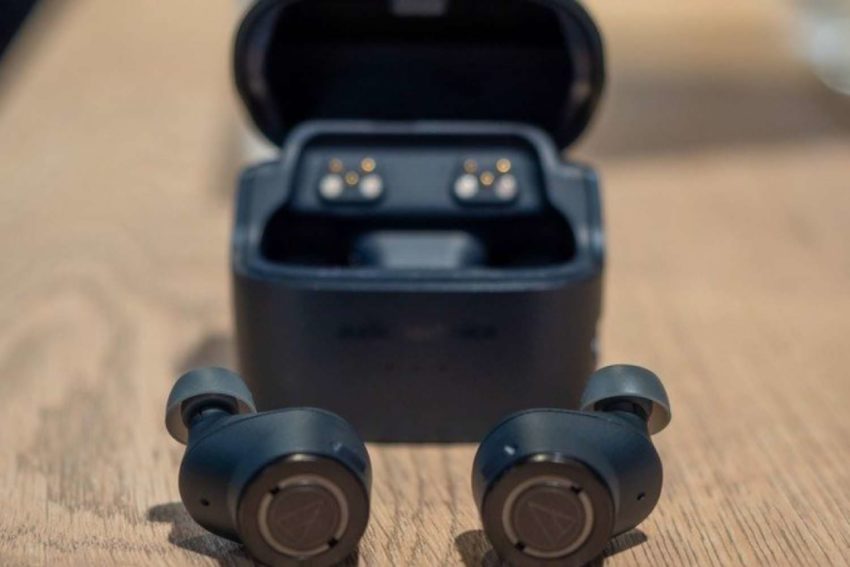 A few months ago, Apple publicly presented to the public its branded wireless headphones called AirPods Pro, which received a type of “gag” design, support for an active noise reduction system, as well as a number of other features that make the process of listening to music in them more pleasant than in regular AirPods. released many years ago. Nevertheless, many people do not like the sound quality that the old and new headphones of the Apple Corporation provide. To the delight of all such people, today, on January 9, 2020, at the CES exhibition in Las Vegas, the Audio-Technica ATH-ANC300TW wireless headphones were presented, which are compact, but at the same time which provide the best sound quality possible.

The novelty is part of the QuietPoint line, and it belongs to the category of TWS wireless headphones. It should be noted that any headphones from the Japanese brand Audio-Technica are among the best in their class, because when they were created, a lot of attention was paid to a variety of little things, which positively affects the process of their operation. The new model represented by the ATH-ANC300TW has support for the ANC hybrid active noise reduction system, as well as protection against water and dust according to the IPX2 standard, so even heavy rain is not afraid of the headphones. To connect to smartphones, tablets, smart watches, laptops and any other devices, the Bluetooth 5.0 data transfer protocol is used.

Inside each of the two headphones there is a 5.8 mm driver, which provides deep bass and very detailed sound, both in terms of low frequencies and high. In creating these wireless headphones, Audio-Technica applied all its experience over many years. Two microphones are built into each earphone, which enables the operation of a function such as Qualcomm’s Clear Voice Capture. In simple terms, this is noise reduction when recording sound, that is, the interlocutor will not hear any extraneous sounds, such as wind, during telephone conversations. At the discretion of users, there are three modes of noise reduction available, from weak to complete, in which the headphones will cut off all the noise from the outside world to the maximum. Among these modes, there are On-the-Go and Office / Study, the first of which is designed to get rid of city noise, and the second allows you to concentrate on working in a noisy office or university.

There is support for the latest and most modern technology, such as Qualcomm TrueWireless Stereo Plus. It allows you to provide optimal encoding of the audio stream, in which this does not lose quality, but at the same time the sound is broadcast without delay and without any interruptions. On one full charge, each of the two headphones can work up to 4.5 hours, and the case, which is used to charge and carry them, provides an additional 13.5 hours of operation for each of the headphones. When removed from the case, the headphones themselves immediately connect to the smartphone, as well as disconnect from it if they are put in a case. On this there are even special indicators that show the remaining battery level. The Audio-Technica ATH-ANC300TW headphone comes with a few interchangeable ear pads, so everyone can choose the best ones for themselves. The USB Type-C interface is used to charge the case.

The official recommended price of new wireless headphones, which are significantly better in sound quality than Apple’s AirPods Pro, is at $ 230. Sales will begin in March this year. Earlier, Huawei FreeBuds 3 were officially unveiled – these are new wireless noise canceling headphones.