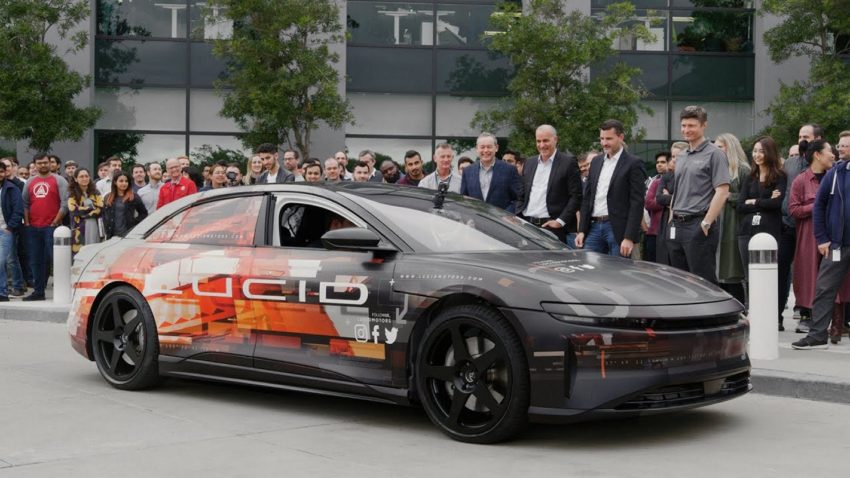 The American company Lucid Motors has published a video of testing a beta prototype of the electric sedan Air. The car was tested at three different sites, where the steering was calibrated and the efficiency of the power plant was checked. The official presentation of the premium electric car will be held in April at the New York Auto Show.

Lucid Motors (formerly Atieva) has been working on the Air sedan since at least 2016. Then the car was still pretending to be an experienced prototype of Edna and was equipped with drag Tesla Model S and Ferrari California. A car with close to the final design debuted in 2016. And just a few days ago, Lucid Motors CEO Peter Rawlinsons talked about some of the features of the serial “Air.”

The Lucid Air battery is powered by 900 volts, which means charging more than 500 kilowatts. For comparison: the Tesla traction system is 400-volt, and the Porsche Taycan has 800. Without recharging, Air will travel more than 400 miles (644 km) on the American EPA cycle. Moreover, this is achieved not with previously announced batteries of 130 kilowatt hours, but with less capacious. In a top-end version with two electric motors, Air develops about 1000 forces and accelerates to 60 mph (97km/h) in 2.5 seconds.