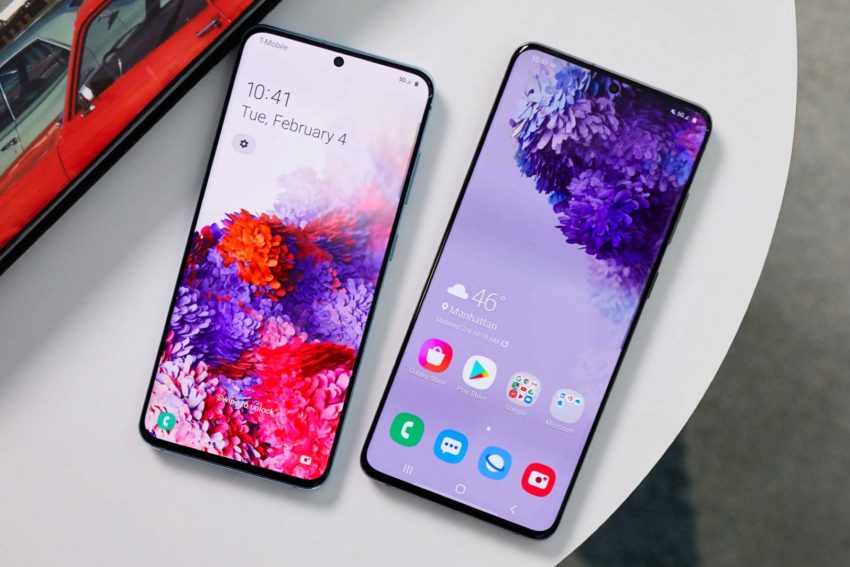 Samsung officially unveiled its new electronic devices to the public in San Francisco on February 11, including the Galaxy Z Flip, Galaxy S20, and Galaxy Buds+, i.e., new wireless headphones. Of course, the most interesting thing for most people was the usual flagship of the South Korean corporation, and this one is available in three different versions, which differ in size, appearance, cost and some other features. Even despite the fact that sales of the Galaxy S20, S20+ and S20 Ultra will begin only in the first half of March 2020, that is, in a month, it is now known about exactly what buyers will be upset with these phones. They contain three hidden flaws reported by the insider.

A Twitter user named Benjamin Geskin was among the first to test the new smartphones of the South Korean corporation and immediately revealed several significant shortcomings in those about which potential buyers almost certainly do not know anything. So, during the announcement of its flagships, South Korean Samsung openly announced that its phones support a screen refresh rate of 120 Hz, which allows you to make the picture on the display incredibly smooth. However, there is one very big caveat. All flagships of the Galaxy S20 support Quad HD (1440p) resolution and by default it is chosen right out of the box. When using this original resolution, the frame rate is standard 60 Hz, and raising it even to 90 Hz will not work, because there is no intermediate value.

It will be possible to use the frequency of 120 Hz only if you select Full HD (1080p) resolution in the phone settings, so you can simply forget about such a cool feature of the Samsung Galaxy S20. The manufacturing company also said that all of its phones can record video in 8K resolution at a frequency of 24 frames per second, however, this can be done on the S20 Ultra using the main lens, while in the S20 and S20+ only when using a telephoto lens, so the picture will come very close, as a result of which the video may be far from what the owner of the smartphone needs it from the angle from which the shooting will take place.

One of the advertising “tricks” of the Samsung Galaxy S20 was a 100x zoom, that is, a special function that allows you to zoom in on any object as much as 100 times. However, this is nothing more than marketing, because, as the user assures, in real life you can make a photo that is less or less decent in quality only by using the approximation 30 times, and with a higher approximation, the detail is lost so much that it’s difficult to do anything to make out. Thus, based on this, one of the main features of the flagship of the South Korean corporation is nothing more than a useless feature, rather than a function that someone will actually use on an ongoing basis.