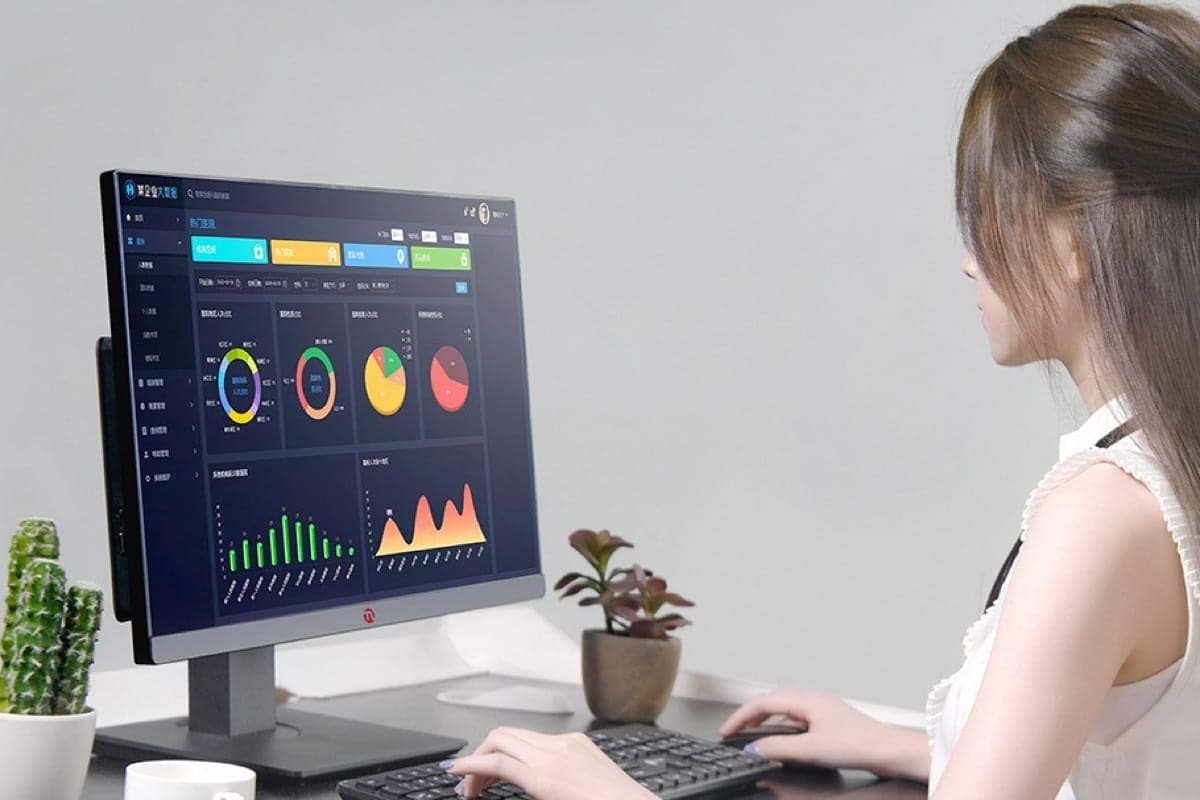 The Chinese corporation Xiaomi is engaged not only in the production of smartphones, tablets, laptops, headphones, portable batteries, sports bracelets and other electronic devices of this kind, which everyone is hearing. The fact is that this brand is also very actively creating new gadgets within other categories, and today, February 14, 2020, one of these has become more. A few hours ago, this manufacturer officially introduced and released a personal computer in the form of a monoblock operating on the basis of the Windows 10 operating system. The novelty has basic technical equipment, which is quite enough to perform any office tasks. This electronic device is called Ningmei CR600.

If someone does not know, then a candy bar is a monitor and a computer in one case, that is, without the main system unit and any cables. A kind of laptop, but only stationary and without any input devices. To use such an electronic device, it is enough just to connect it to the electric network, and then, after that, connect the mouse and keyboard to it, after which you can start using it. The novelty has a 23.8-inch IPS screen with a resolution of 1920 by 1080 pixels (Full HD), and it is semi-gloss, so there will be no glare in the sun, which is guaranteed to please all its owners. As a graphics card, the built-in video accelerator Intel HD Graphics 630 is used.

Users are offered a choice of choosing the right processor and the required amount of memory. Versions with Intel Core i3-9100 and Intel Core i5-9400 processors are available, which are extremely different from each other in terms of computing power. As for the built-in memory, options with 256 GB SSD + 1 TB HDD and only with 512 GB SSD are available to customers. This monoblock Xiaomi Ningmei CR600 is equipped with an Ethernet port (1 Gb/s), a card reader, a full 3.5 mm headphone jack, HDMI, four USB 3.0 ports and two USB 2.0 for connecting peripherals, that is, a mouse and keyboard, maybe even wireless.

The manufacturing company is positioning its new personal computer as an ideal solution for study and work, because it does not take up much space, but costs extremely little. The basic model in the Core i3 8+512 GB version is estimated at 3,090 yuan, while the manufacturing company estimated the average configuration (Core i5 8+512 GB) at 3,690 yuan. For the top model in the Core i5 version 8 + 1280 GB they ask for 3890 yuan (36 000 rubles). Xiaomi claims that the power of even the basic version of the Ningmei CR600 is enough to work with such graphic editors as Adobe Photoshop and AutoCAD, and even more so for office editors like Microsoft Office.

The delivery set for this monoblock includes a keyboard and mouse, mouse pad, and a 16 GB flash drive designed to store any data. Official sales of the Ningmei CR600 will begin in China in the second half of February, and this electronic device is available exclusively in black. Not so long ago, it became known that the popular GeForce Now service for launching computer games on smartphones started working on Android and iOS.