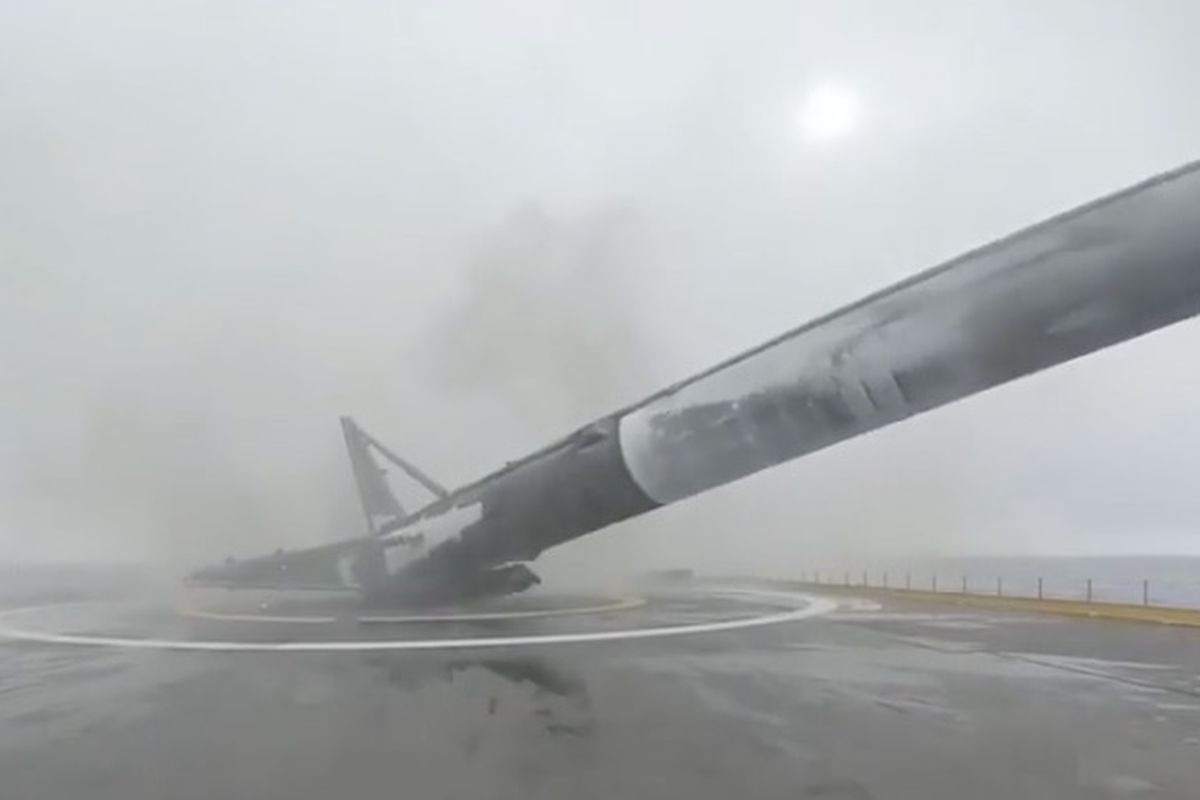 The reusable first stage of the American launch vehicle Falcon 9, which launched into orbit with 60 Internet satellites on Monday, fell into the Atlantic near the floating platform on which it was supposed to make a controlled landing, according to a message from the developer company SpaceX.

The landing was supposed to be made on the Of Course I Still Love You floating platform, located 630 km from the cosmodrome at Cape Canaveral in the state of Florida. The first reusable stage of the Falcon 9 launch vehicle was used for launch for the fourth time.

However, despite the failure to return the launch vehicle, the Falcon 9 successfully launched a new batch of 60 mini-satellites into low Earth orbit to continue the deployment of Starlink’s global Internet coverage network.

SpaceX plans to deploy an orbital constellation of 12 thousand spacecraft of this type (and subsequently 30 thousand) to create a full-blown network that will provide Earth’s inhabitants with broadband Internet access anywhere in the world. The total investment for the project is estimated at $10 billion.

The owner of SpaceX, Elon Musk, said that to ensure minimum coverage, at least six missile launches with 60 satellites, that is 360, will be required, and for the average, 12 launches, which will create a group of 720 devices.

SpaceX is one of a number of companies seeking to place large orbiting constellations of satellites in orbit to provide global Internet coverage. Among them are OneWeb, Telesat, LeoSat and Amazon. It was reported that OneWeb also launched the first six satellites of its own system in orbit last February.