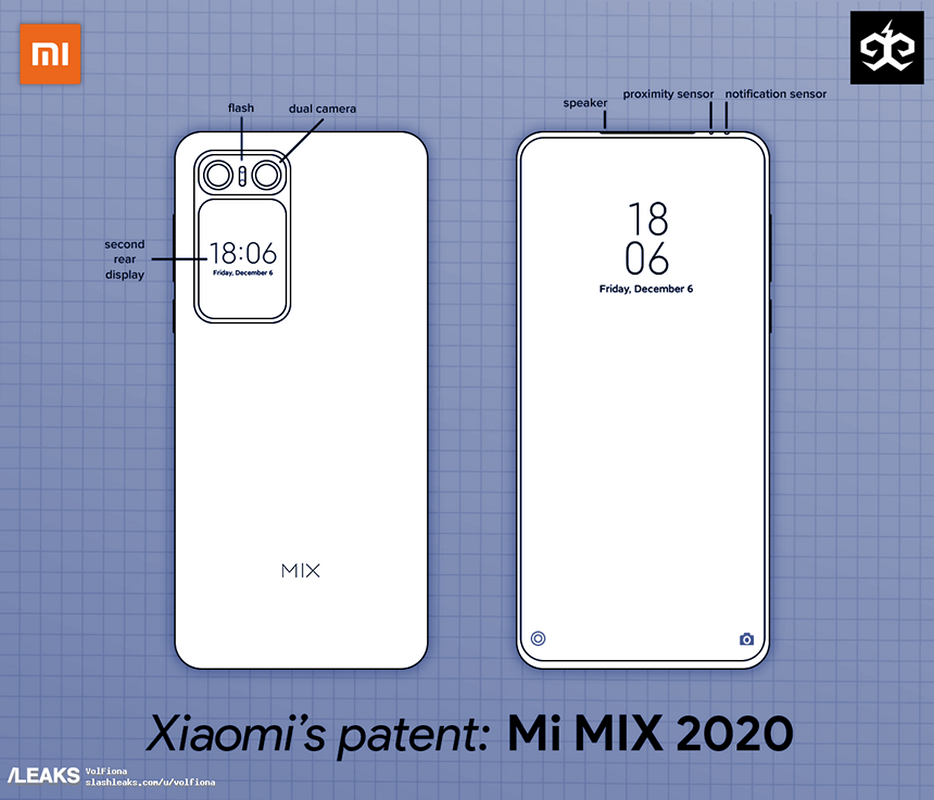 As expected, the smartphone will have a frameless screen.

Today, a new smartphone circuit has appeared, which stands out for the new Xiaomi Mi Mix 2020 model. According to media reports, the drawings are taken from a patent application previously filed by a Chinese company. Data published portal Slashleaks.

Like earlier models of the Mi Mix line, the display occupies most of the screen, and there are practically no frames. In addition, the model has a dual-module camera. A completely new feature of the smartphone will be the presence of a second screen located in a rectangular module just below the camera.

According to experts, it can be used as a “watch.” The window will display the date and time.

It is also reported that the second screen will act as a viewfinder for selfies.